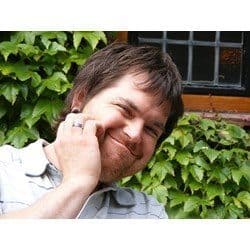 Indeed, beard itch is real and quite a treat for any beard grower. In the following article I will give you a few tips on how to  get rid of beard itch or at the very least relieve its annoyance. For anyone who is just starting out his beard growth this article will help you get past the initial annoyance and on track to that fabulous beard we all want!
Onward to glory!
Image by Jo Jakeman under CC licence

How does beard itch appear?

I first encountered beard itch when I did not shave for a couple of days. As soon as a shaved my stubble off, it was okay again (more on thet on my other post, called Itchy beard). But now, in november, when men traditionally leave their beards grow I again met my itchy nemesis. Since I read quite a bit about the itchy beard that appears in the earlier stages of beard growth, I was prepared to battle it without much hassle. But for most people, the itchy beard becomes one of the major factors of giving up on growing a beard.
The most common reason for an itchy beard is dry skin. This usually happens due to the lack of moisture or in the case of using too much soap.
A less common reason tor an itchy beard is the opposite of using too much soap, that is the lack of beard hygiene.
Check out the next section in order to find out how to get rid of beard itch.

Learn how to get rid of beard itch!

We can safely assume that the beard itch that is bothering you is the consequence, a symptom of dry skin (dry or allergic).
There are several measures you can/should take to get that itchy beard the grave it deserves :).

If you do all of these, your beard will most likely stop itching. In any case, hang in there soldier, the initial itch fades away after the first 4-6 weeks, so no reason to give your beard up even if these tips fail to deliver!