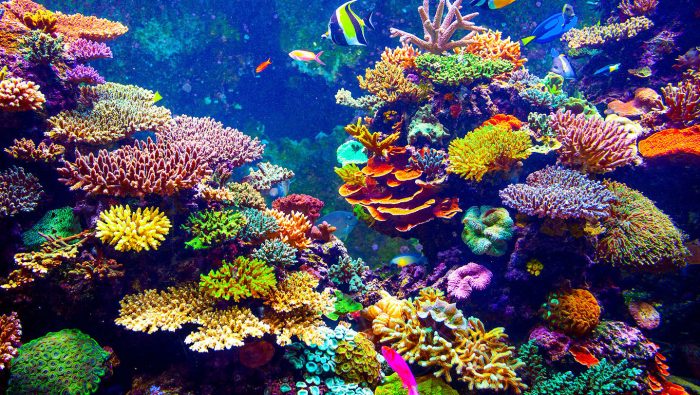 Hi, why do you want to protect coral reefs from sunscreen!

It’s time for National Sunscreen Day, and we all know that sunscreen is important. But the chemicals found in many of our favorite bronzers and sunscreens are actually killing our beloved coral. What can we do about it?

Why do we care about ocean health? Well, oceans are the largest body of water on our planet but they are much more than that. They provide us with more than half of the oxygen we breath, help regulate our climate on land and serve as a source of food and livelihoods for billions of people around the globe.

When it comes to sunscreen, a lot of us feel like we’re in a difficult position. We want to protect ourselves from the damaging effects of the sun, but it is well known that chemicals in sunscreen can harm coral reefs. The upcoming ban on Oxybenzone in Hawaii is one such example, which has prompted many manufacturers to make responsible and sustainable improvements to their products. However, between now and July 2021, more than 1,000 tons of sunscreen will be released into Hawaii’n waters.

What’s a beachgoer to do? Have you ever wondered whether the sunscreen you’re using on your kids could be harming the coral reef? Lots of sunscreen products contain less oxybenzone and octinoxate, but it’s hard to know which specific brands don’t contain one of these chemical sunscreen agents, and even if you pick one that does, you’re still putting on an awful lot of it. Even if you never snorkel or scuba dive, you should still be concerned about the impact of sunscreen on coral reefs. Melanoma is a kind of skin cancer that affects about 50,000 people every year in the United States alone.

Since this type of cancer is caused by exposure to ultraviolet radiation from sunlight, it certainly makes sense to prevent it by using sunscreen and wearing protective clothing. But what happens when the sunscreen washes off your body and into the water? Have you thought about how to protect coral reefs from sunscreen?

What happens next is downright terrifying: Coral reefs that are exposed to oxybenzone and octinoxate began bleaching. All of the colors in corals are created by algae growing inside of them sobleaching, or the loss of these colorful algae, makes coral reefs look like white skeletons. Corals that avoid bleaching can still get sick from these sunscreen chemicals and some scientists suggest that coral reefs could one day suffer local extinctions from sunscreen use. Oxybenzone has been found in 96% of Hawaii’s coral while also showing up in many ocean water samples off the coast of the West US mainland, and Australia.

Hawaii is the first state to pass a ban of this nature; however, similar bans have been suggested at both the federal and local level in Florida. In addition to Hawaii, there are eight countries that have passed legislation to protect coral by regulating sunscreen. Millions of tourists visit Hawaii each year—many spending their vacations enjoying the beautiful beaches and water. But now, a new law signed by Gov. David Ige mandates all sunscreen sold at Hawaiian retail stores be limited in chemicals that could wreak havoc on coral reefs — which are an important part of the islands’ ecosystem.

No matter where you call home—whether you live by the beach or simply dream of being by the sea—you probably agree: coral reefs are beautiful. They’re also extremely important and we need to protect coral reefs from sunscreen. In fact, scientists have discovered that up to 25% of all marine life lives either on or below coral reefs. We literally cannot survive without them.

Now that you know the truth, join us in taking action to protect coral reefs from sunscreen.

Virtually all ingredients in sunscreen have been found to damage reefs. That is not to say that all of the compounds used in sunscreens are toxic, only that they have all done damage when mixed with other chemicals and exposed to UV radiation. This includes natural sunscreen ingredients.

Your sunscreen might be little more than toxic sludge. The Environmental Working Group paints a grim picture in its annual Sunscreen Guide – the fifth-worst of 54 products the non-profit’s researchers tested – including well-known names like Banana Boat, Coppertone and Neutrogena – were linked to health risks ranging from hormone disruption to toxicity.