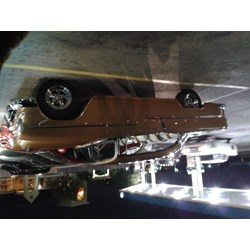 It is wonderful to have a car. Sure it’s cool to “go green” to save the planet and cut down on air pollution. In most cases, cars are a dire necessity. One not only can get to their destination faster, it is more convenient to travel to places for entertainment, going on sporting events, and for other types of fun.
To add, it is also necessary in some cases to have a car to drive to work and go on job interviews. Having a car also cuts down on time to get to a destination versus riding on a city bus. Further, public transportation is not dependable. It can cause one to get fired. There are numerous reasons why.
Some of the reasons why are: Often times they are late getting to one’s destination, depending on how late they are, the bus drivers may even skip a particular route, if the bus driver doesn’t like a person because they are too raggety, they may even speed right past that person, claiming they didn’t see that person at that particular time, constant bus breakdown because the city is too cheap to provide decent running buses, and buses that do not run past 10:00 P.M. and 12:00 A.M. This reason in particular leaves many stranded in the middle of nowhere, causing no sleep for work for the next day, and so on (not running past 10:00 P.M. and 12:00 A.M.). And still, having a car is also necessary for those who cannot stand for long periods of time, cannot take city transportation, and have certain health conditions to the point where only a personal handicap vehicle, or vehicle specially made for that person’s health, or physical condition is more suitable.
First of all, it takes gas to fuel almost all vehicles. Second, gas is expensive. In Europe gas is over $5.00 a gallon. It seems as if the United States always has to compete with the rest of the world in everything. Let’s see. There’s competition in education, the olympics, and fuel.
I won’t even mention the prices of gas in California. You may as well not even say a number for California gas prices. How about “sky rocket high”? People are fed up with high gas prices. Yet, they have to keep their vehicles running. There is a solution to this dilemma. The solution would be to legalize most vehicles that were made at home and allow other vehicles on the road such as: stunt vehicles and one’s three wheeler.
Also, allow owners who have solar powered vehicles. And, invent vehicles that run on electricity. There is an up side to this as well as a down side. The up side to this would be that more people would be able to save money (hopefully). Those with solar powered vehicles would be able to drive all day long, until the sun stops shining.
The down side to this is the fact that with solar powered vehicles, one could end up stranded anywhere where the sun isn’t shining. Picture stopping in the desert with a bunch of hungry coyotes. So, let’s move on to the invention of an electric car.
The electric car would have to be charged for so many hours. After it is charged up, it may be kind of difficult to determine how long and how far it would be able to drive. Somewhat like an electric wheelchair. It would need to be consumer friendly (as far as the price to own it goes).
The ballpark figure would be in between $800.00 and $2,000.00. Third, it would need to run without a battery. There’s another down side to this one, too. It would need constant recharging. If it doesn’t, one would have to battle mother nature, anyway.
Once lightning strikes, there’s a big chance one might be a fried hush puppy. Back to the drawing board, guys.