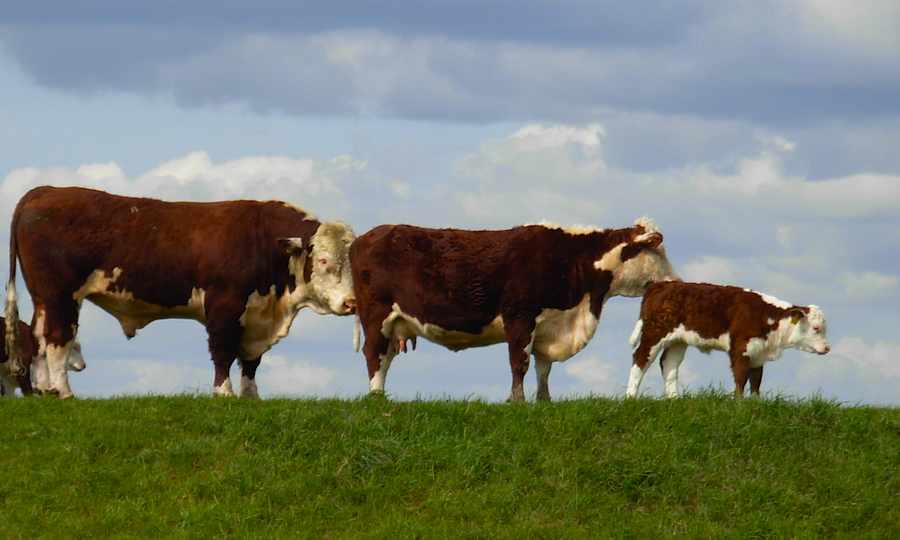 While passing gas is usually considered a simple social passé for humans, cow burps are notorious for producing much more than a foul smell—they produce a gas that is terrible for the environment.

Thankfully, a new garlic-based dietary supplement given to cows has been shown in two different studies to reduce the methane content in cow belches by 30%–38%, which could help reduce the 2.6% of American greenhouse gas volume produced from cattle ranching.

Methane is a potent greenhouse gas (GHG) that traps heat in the atmosphere 25 times more effectively than CO2, according to the EPA and the IPCC.

Unlike CO2, which represents more than 80% of America’s GHGs, methane only stays in the atmosphere for 12 years, which means the supplements would take only a few years to begin having a measurable effect.

RELATED: Air Pollution in Major World Cities Has Dropped By as Much as 60% During COVID Shutdowns, Says New Report

Mootral, the Switzerland-based company, will likely be celebrating their supplement’s success as they are set to be the first company on earth to be awarded carbon credits for methane reduction in cows. Both studies of the supplement have shown no adverse effects, both in the health of the animal and the flavor of the milk and meat.

The start-up came as a result of examining garlic’s antimicrobial effect on the human diet, and discovered they benefit cows. Cows produce methane when food in their chambered stomachs is broken down by microbes. The garlic supplement mixed with citrus “pellets” reduces the amount of microbes present, thereby making the belching less potent.

According to the Environmental Protection Agency’s (EPA) executive summary of America’s GHG inventory from 1990 to 2016, agriculture as a whole accounted for 10% of America’s emissions, with 2.52% coming from enteric fermentation—the fermentation of feed in the stomachs of cows.

If every cow in America (a little over 100 million animals) and all 30 million horses for that matter, were in theory given the Mootral supplement and it corresponded with the previously-observed decrease of 30% in the animal’s methane emissions, merely 1.66% of GHGs in America could be attributed to animal agriculture.

Such a drop would see enteric fermentation fall from the largest source of methane emissions in the US to around the levels produced by landfills.

Mootral CEO Thomas Hafner has a realistic view of how reducing these small amounts of methane from cows and other livestock through cultural changes will be almost impossible.

“…even though we see a move towards non-dairy alternatives, and people going to non-animal protein sources, populations in other parts of the world are progressing from a cereal-based diet into an animal protein-rich diet. Whatever we lose on one side, we’re going to gain on the other, if not more. What we provide is a solution to reduce the impact of that down the line.”

Multiply The Good News By Sharing It With Your Friends On Social Media — Representative feature photo by Dave_A, CC