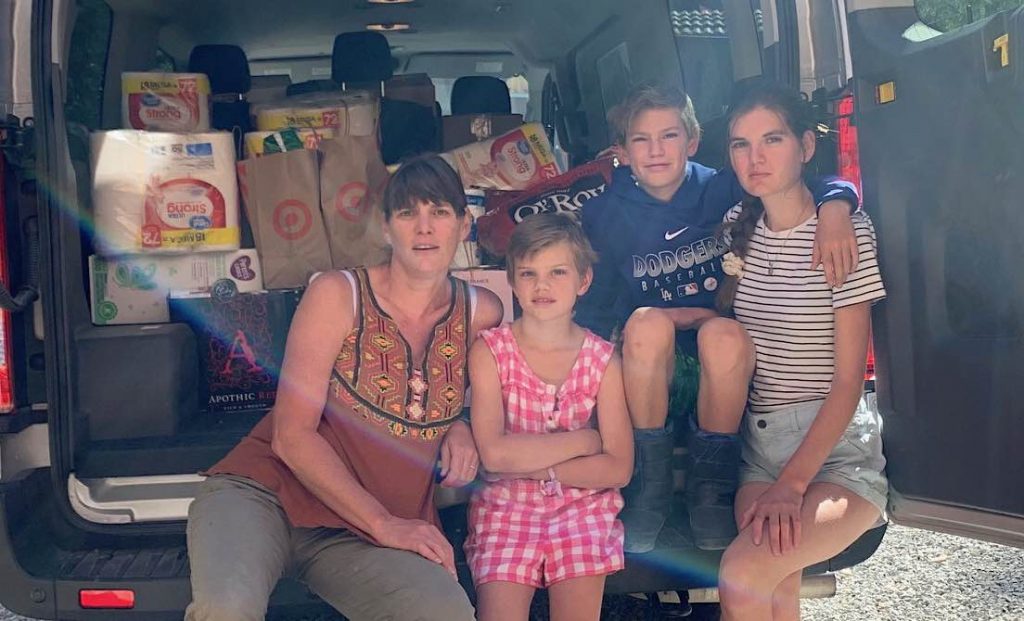 Every May, the Waldorf school in Santa Fe, New Mexico, brings their eighth grade students on a class trip—a trip that the kids have all worked toward, by raising the money selling burritos and pizzas.

But when they were denied their reward this spring because of the pandemic, students decided to show compassion to those in need by donating $2,800 worth of supplies to the Navajo Nation, which is suffering from one of the highest per-capita COVID-19 infection and death rates in the US.

On Tuesday, May 26, Jessica Falkenhagen rented a van so she could drive with her older daughter, 11th grader Indie Russell, to Window Rock, Arizona. The van was stuffed with food, toiletries, paper products, school and cleaning supplies, pet food, thermometers, handmade masks and 60 gallons of drinking water—all purchased with the class trip money.

Also included was a large bag of masks homemade by Indie.

Students helped with pre-trip shopping and loading the van. “They were great helpers trying to fit everything in as efficiently as possible,” says Falkenhagen.

A cultural anthropologist with a background in indigenous rights, Falkenhagen suggested the idea to the school after tracking the growing crisis in the Navajo Nation.

“I could see how lit up the kids were about that idea,” teacher Daisy Barnard said, after she put the idea to the class. “None of them complained about using the money for something other than a trip.”

“We’ve been anxiously following developments on the Navajo Nation over the past couple months and this money ended up being a real windfall at just the right time,” said Barnard.

The class trip that had been planned would have been a real adventure, too—a multi-day rafting voyage on the San Juan River in Utah.

Eighth grader Daisy Blue Russell is glad things worked out the way they did. “It felt good to use our trip money to help others who needed it.”

SHARE the Inspiration, and Multiply the Good by Sharing on Social Media…