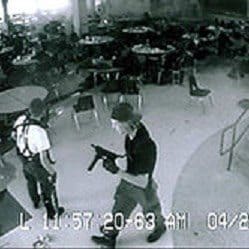 School murders continue to skyrocket.  Children are just not safe in schools (in America) any longer.  It used to be that when children were sent off to school you never had to worry about them coming home that evening.  The only people that were concerned with this were those that had dangerous jobs.  Occupations such as Police Officers and Fire Fighters go to work fully knowing that they may not be returning home that evening.  Such is not the case with our children.

The number of school shootings has escalated as time has gone by.  Consider that in 2014 at least 34 school shootings.  If that’s astounding, consider that there have been an estimated 74 shootings since Sandy Hook Elementary.  Safety, or lack there of is clearly out of control.  So what can you do to help insure that you know where your child is if they’re in school when something happens?

How safe is your child since
Sandy Hook Elementary Shootings?

There are so many challenges to keeping children safe these days.  It’s no longer just an issue of childproofing your home.  It’s bigger then that with every school shooting that happens.  Gun control will never be the solution, for one simple reason: bad guys will always have ways of getting the weapon they want to do whatever crime they decide to do.  The only one’s then that won’t have weapons are the good guys, that’s you and me.

Metal detectors work to a point, but then again if you’re going to shoot and kill people, are you really going to worry about a metal detector on the way in?  Doubtful!  The bad guys know when and where they going to strike and the good guys don’t.  That’s why they’re bad and where not.  So what do you do?

Consider that there are many things that can be done outside of metal detectors.  We do them to earthquake and tornado proof structures.  So why not have safe-rooms in schools.  Yes, there will always be casualties, that’s with any war, but we can certainly minimize them.  Look at the teachers at Sandy Hook, that laid over ‘their’ children in order to protect them.

Consider that there’s another problem that occurs when there’s a school shooting, and that’s the location of the children.  The first thing every parent wants to know is, “where is my child”.  Again this is more then understandable.  Now in the middle of a crises, you may not have everyone where they started out, but tools like Quick Queues, can certainly help locate most of the children.  Consider the following:

How long would it take...
to find your child in an emergency?

Where Are Your Children?

Where Are Your Children?  When an emergency happens the first thing that you always as is where your child is.  That’s complicated in many cases by the simple fact that there is no tracking that is typically done in schools.  They go, and the teachers have a general understand of where they’re at, but they can’t say for sure where they’re at.  But there are now tracking programs that can allow you to know where your child is at the time of said emergency.

If the search and rescue team is able to find out that 20 kids are in a given room, they’re not only going to know where to look, but know what children that they are looking for.  The younger the children are, the more critical the ability to locate the children.  We’ve seen how confusing it is with school shootings at Columbine High School  and Sandy Hook.  Should something like these shootings happen at your child’s school, wouldn’t you prefer to know where they were at, when things started going south?

The answer of course is yes!  Because you love your child and their safety is more then a little bit important to you.  That’s why being able to track Johnny and Sally is so important, and that’s why school software for student location is so important.  It’s not that it will solve all of the problems, but if you’ve ever been in an accident, you know how everything in that emergency slows down.  And 5 minutes seems more like 5 hours and when it’s your child, it’s more like 5 days, so the sooner you know where they’re at and that they are safe, the sooner you can breath again.

If your child's at school when an earthquake hits...
wouldn’t you want to know what room to search for them in?