Some good news for those of us during this pandemic who are looking for things to get back to normal: The CDC reports large decreases in mortality rates—and hospitalizations— during April and May throughout most of the United States.

In a White House press briefing on Friday, coronavirus task force coordinator Dr. Deborah Birx provided some optimism when she shared these graphs and charts based on data from the Centers for Disease Control.

There has been a dramatic decline in COVID-19 deaths and hospitalizations, and an increase in testing—especially in high-burden states like New York.

Nationwide, there has been more than a 50% decline in new hospitalizations.

Across the country, the US is below the baseline for normal influenza-like symptoms normally reported in emergency rooms nationwide.

In the week ending May 16, compared to March 28, the vast majority of the U.S. have reported a reductions of the number of cases for influenza-like illness, with the green being the most desirable, after reports coming in from states and counties alike. 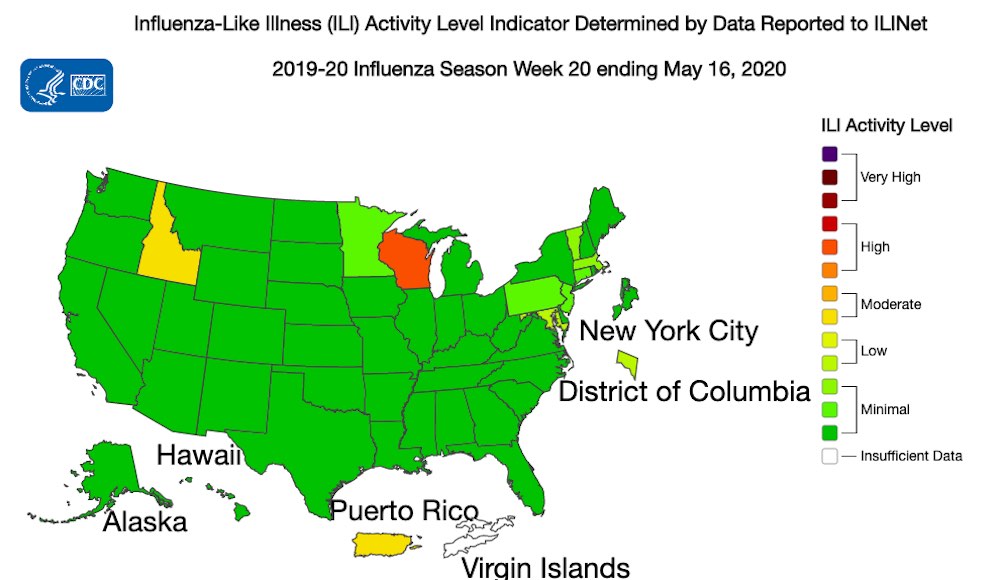 Compare that picture to this one in March, where you can see the prevalence of states recording a high number of cases for influenza-like symptoms during the week ending March 28: 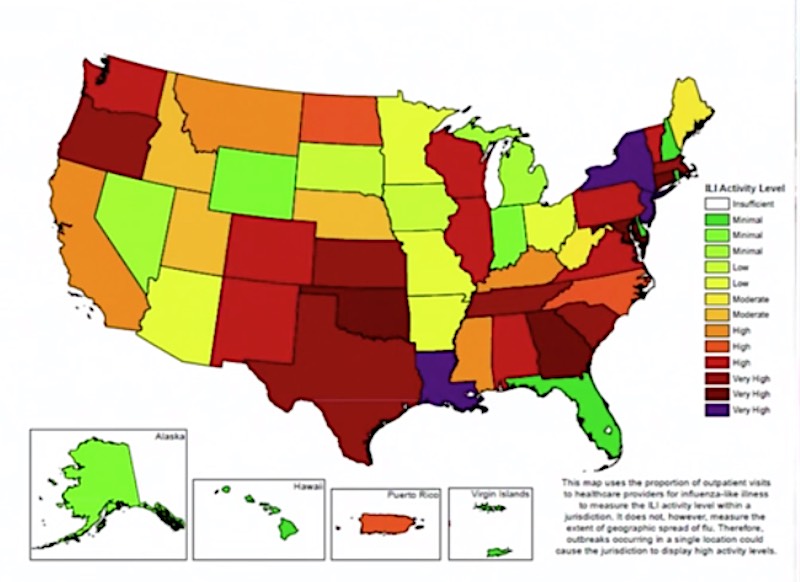 Regarding testing, Dr. Birx said, “all of the 50 states have reached 2% testing” of the population, which was the desired number for the CDC, with many of the states over 4%.

“We are encouraged by the progress that many of the governors and states have made in their testing of their population.” The federal government has encouraged 100% of testing in local nursing homes, she added.

Regarding testing positive for the tests done in the nose, “You can see a dramatic decline across the states, and New York City just six weeks ago at 40%, is now at 10%.”

Below, you can see the various age ranges of visits to doctors for influenza-like symptoms ending May 9.

The top three states with the largest percent testing positive, “so you can make decisions about social distancing,” including playing sports and engaging in other gatherings, are Maryland, Virginia, and the District of Columbia.

Also Nebraska, Chicago, Wisconsin, and Minnesota are all higher than average for numbers of testing positive—but, they are all under 20%.

Four weeks ago, half of the United States was over 20%, so many regions have shown vast improvement.

SHARE the Optimistic COVID Trends With Friends on Social Media…