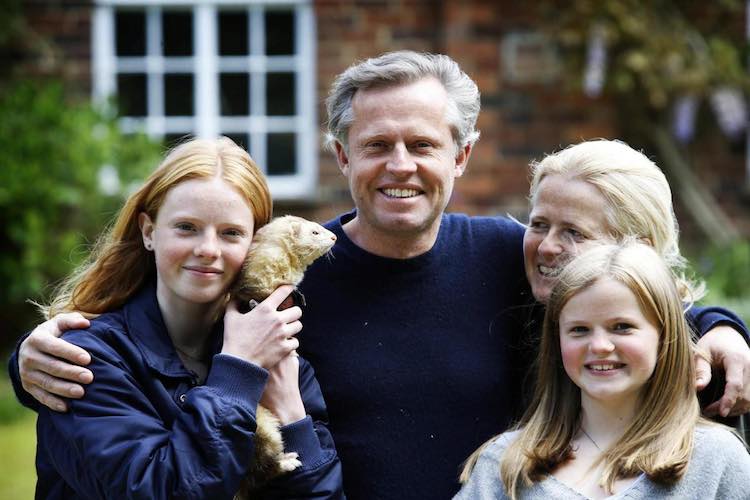 This little critter may only be 8 months old, but that hasn’t stopped him from raising thousands of dollars for charity.

Over the course of just two and a half weeks, Bandit the pet ferret managed to complete a full marathon by taking the challenge in his tiny stride and completing several miles per day alongside his owners.

Jim and Arabella Wood took Bandit out for a walk with their kids each day to raise money for The London Children’s Book Project and the At The Bus art charity.

Both organizations are putting together bundles of books and creative resources that will be handed out to thousands of young people in the Oxfordshire area.

“Children in disadvantaged areas are being badly hit [by the pandemic] as they can’t go to school and haven’t got the devices to learn online,” said Jim. “We need to get these bundles to kids who wouldn’t otherwise be able to access books.

Their effort began on what should have been the day of the London Marathon as part of the “2.6 Challenge” for UK citizens to run 2.6 miles for charities—but when Bandit showed no signs of tiring, the family decided to go for the full 26.2 miles.

Since the furry athlete completed his mission earlier this week near The Ridings in Oxford, England, his Just Giving crowdfunding campaign managed to raise roughly £2,200 ($2,700), which is expected to help distribute more than 12,000 books to low-income homes.

“The little guy is making a great effort for an animal that doesn’t do straight lines,” said Jim. “He seems to love it and is getting a lot of attention—from a distance—from other people out getting their exercise. You can see people trying to work out what he is.

“It’s good to be doing something to help which also makes people smile,” he added. “Our concern is that Bandit will think this is ‘the new normal’ and we will have to carry on doing this every day.”