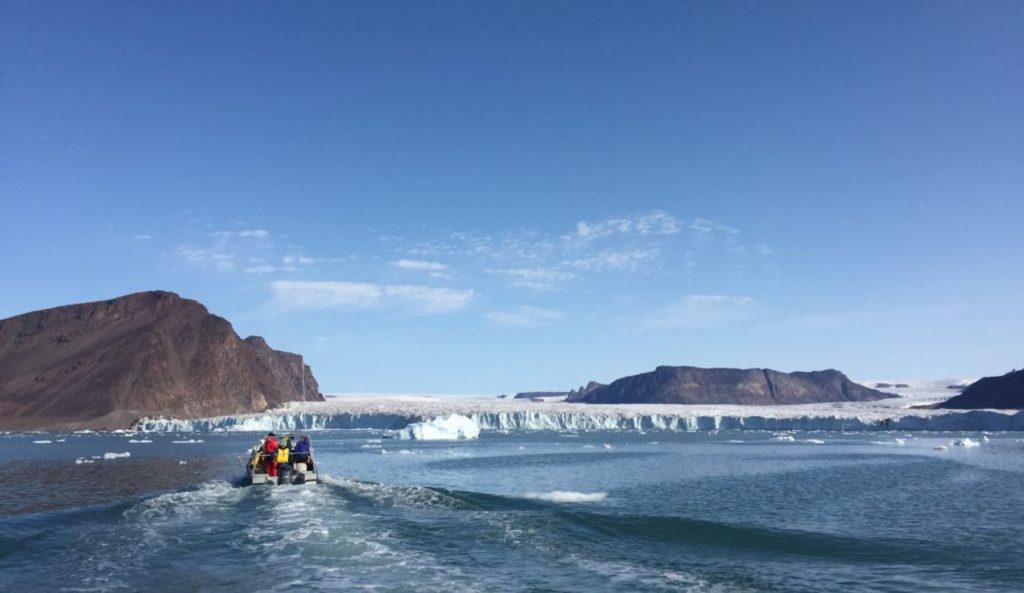 Scientists have finally succeeded in recording the various calls, buzzes, clicks, and whistles of the creature affectionately dubbed the “unicorn of the ocean”: narwhals.

The recordings help scientists better understand the soundscape of Arctic glacial fjords and provide valuable insight into the behavior of these shy and mysterious creatures, according to the researchers.

Narwhals are difficult to study because they are notoriously shy and skittish and spend most of their time deep in the freezing Arctic Ocean. They tend to summer in glacial fjords around Greenland and Canada, but scientists often have trouble getting close enough to study them. Glacier fronts can be dangerous and hard to access, and the animals tend to swim off when approached by motorized boats.

Luckily for the researchers, Inuit hunters familiar with the mysterious cetaceans are capable of getting close to the animals without disturbing them.

In July 2019, researchers accompanied several Inuit whale hunting expeditions in Northwest Greenland to study the narwhals that summer there in more detail. Using underwater microphones attached to small boats, the researchers captured narwhal social calls and foraging sounds, getting as close as 25 meters (82 feet) to the elusive cetaceans.

The recordings help the researchers provide a baseline of the kinds of sounds that permeate the narwhals’ pristine habitat. In combination with sightings, they also show narwhals get closer to glacier ice than previously thought for this area and the animals do forage for food in summer, contrary to some previous findings. The researchers’ findings were published this week in AGU’s Journal of Geophysical Research: Oceans.

“Their world is the soundscape of this glacial fjord,” said Evgeny Podolskiy, a geophysicist at Hokkaido University in Japan and lead author of the new study. “There are many questions we can answer by listening to glacier fjords in general.”

Podolskiy and his colleagues had been working in Greenland fjords for several years, studying the sounds made by melting glaciers. Coincidentally, a population of narwhals summers in the fjords they were studying, and Podolskiy saw an opportunity to study the wily creatures.

“I realized working in the area and not paying attention to the elephant in the room—the key endemic legendary Arctic unicorn just flowing around our glacier—was a big mistake,” he said.

The researchers tagged along on several Inuit hunting expeditions departing from the village of Qaanaaq, placing microphones underwater and recording the baseline sounds of the fjord.

RELATED: Watch Beluga Whale (Accused of Being a Russian Spy) Assist Woman Who Dropped Her Phone in the Sea

They captured several types of sounds made by narwhals, including social calls—or whistles—and clicks used for echolocation, the biological sonar used by dolphins, bats, some whales and other animals to navigate and find food.

The closer narwhals get to their food, the faster they click, until the noise becomes a buzz not unlike that of a chainsaw. This terminal buzz helps the narwhals pinpoint the location of their prey.

“If you approach and target these fast fish, you better know precisely where they are; you need to gather this information more frequently,” Podolskiy said.

Few studies have documented narwhals feeding in the summertime. Because the microphones picked up terminal buzz, a sound associated with finding food, the new study provides further evidence that narwhals do forage in summer.

Surprisingly, the researchers found narwhals come roughly within 1 kilometer (half a mile) of a glacier calving front, despite the fact that these areas are some of the noisiest places in the ocean and calving icebergs can be dangerous.

“There is so much cracking due to ice fracturing and bubbles melting out… it’s like a fizzy drink underwater,” Podolskiy said. “It seems we are dealing with animals living in one of the most noisy environments without having much trouble with that.”

Reprinted from the American Geophysical Union

(LISTEN to the intriguing sounds below)