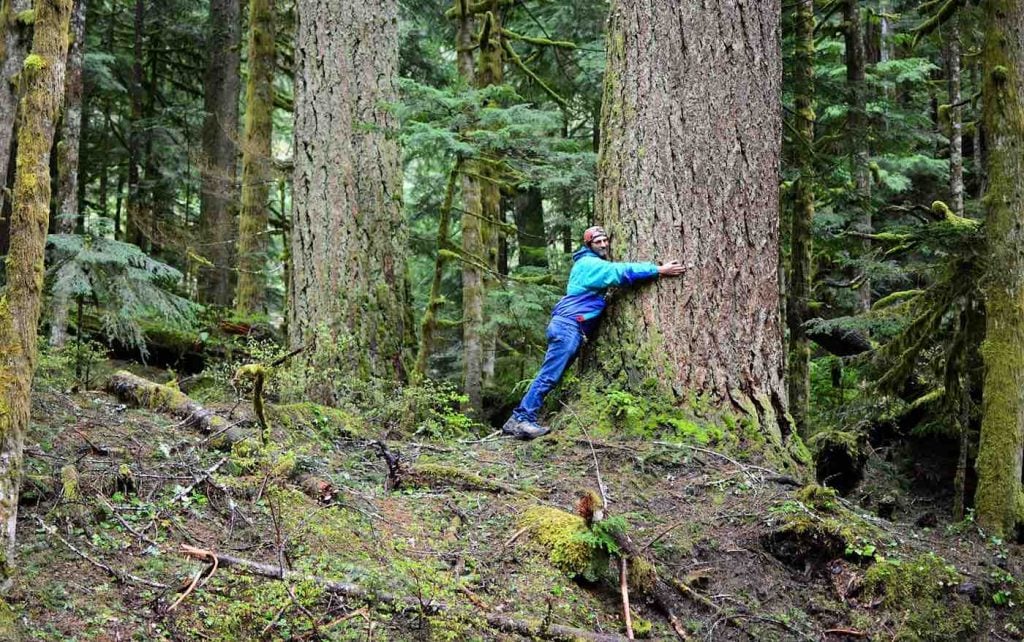 It might be strange to be shut inside on Earth Day as a result of the novel coronavirus outbreaks—especially since this year marks the 50th Earth Day celebration in the US.

However, the US Fish and Wildlife Service (FWS) reminds us that in this difficult time, we have access to a whole support network outside our door, even if we cannot go beyond our gate.

“We can find inspiration in the night sky, motivation in birds that migrate thousands of miles to nest in our yards, entertainment in a chorus of spring peepers, and reassurance in a cheerful yellow daffodil signaling the return of spring,” writes the FWS.

To this end, the FWS launched their “Stay-at-Home” Science Series—a group of articles and activities specifically for those stuck in self-isolation. There are recommendations for famous books on nature by American authors like Henry David Thoreau, activities and hobbies for adults and kids, and citizen science practices for people who want to become intimate with their environment.

LOOK: Himalayan Mountaintops Visible for the First Time in 30 Years as Air Pollution Continues to Plummet in India

Unless you’re fortunate enough to live in the countryside, you may have to look a little harder if you want to celebrate the beauty, genius, and complexity of the natural world this Earth Day—but if you are confined within your home, then there may never be a better time than now to pick up a new hobby characteristic of tree-huggers, star-gazers, and bird-watchers.

In his classic work on the changing seasons and their character upon his farm in Wisconsin, Aldo Leopold detailed in the Sand County Almanac about how he observed everything; the chorus of bird song every month; including which were the first birds to begin, which were the last ones to join, and which were the last ones to stop; which way the gophers would look upon exiting their burrows; where the wind blew during each month; and when every bird arrived and departed on their migratory routes.

So perhaps now is a good time to go to your favorite local spot—under a tree, on a bench, wherever there is green—take out a pen, and start recording what you see, hear, and smell. Can you smell trees while they are flowering? Which birds can you hear? Are there insects going about on their own diminutive errands?

There may be a lot more going on than you realize, even in your backyard. Biodiversity is an ecosystem’s most important asset. It ensures rich supplies of food all the way up the food chain, and resistance to diseases which can wipe out ecosystems with weak biodiversity.

Get in touch with this critical aspect of the environment by attempting to make a survey of the biodiversity of your garden or lawn. To do this, make a survey plot by sticking 4-5 sticks or pencils in the ground, and establish a perimeter of rope or string around them. Note every different species of grass and forbs. Grasses are easy to spot; the species name is how we refer to them. Forbs are broad leaf plants like flowers. Note every species of insect too.

Try and make several survey plots and measure the biodiversity across your yard.

For younger readers, birdwatching—or birding for short—may seem like a boring pastime for stuffy pensioners; but in reality, it can be a tremendously engaging and meditative hobby that connects you with creatures that, while seeming reserved and uninteresting, are much more than they seem.

Birding could even be considered the adult version of Pokémon: you have to go out into the world and explore different habitats as you try and catch ‘em all.

Here’s how to get started. Get yourself a pair of binoculars and a birding app on your phone such as the official Audubon Birding app. It’s free and has tons of resources to help you ID any feathered friends you spot.

Start by learning to recognize the bone and feather structure of different birds. For example, wrens have curled beaks, grosbeaks look like cardinals, nuthatches walk along tree trunks and towhees forage for food on the ground. This will help you narrow down the lists of possible birds. After that, you just have to select the month and region and coloration, and you’ll normally only be left with a few choices of species.

You can also get to know the birds in your area by putting out a bird feeder. Bridget McDonald writing for Fish and Wildlife Service describes how to do so thusly.

“Birds are vulnerable to stealthy predators like hawks and house cats, so before you put up a bird feeder, figure out the safest spot for it, ideally near shelter like a shrub, a tree, or a pile of branches on the ground. Make sure it’s also a location you can observe from inside looking out a window.”

If that isn’t enough to peak your interest in birding, this particular study from the University of Exeter found that watching birds is excellent for your mental health.

If you don’t feel like turning on the television to watch the exciting new documentary on Jane Goodall, you can always pick up her 1996 bestseller “My Life With the Chimps” about how she became the first woman in the world to study chimps—and how her research ended up transforming the scientific community.

CHECK OUT: Over 1 Million Gardeners Have United to Create Global Network of Greenery That Nourishes Bees and Butterflies

Meanwhile further back in history, no work of 19th century American literature is as widely-distributed across the world as “Walden”, the story of how Henry David Thoreau rejected civilized life for that of the isolated naturalist in a log cabin which he built on Massachusetts’s Walden Pond.

For a more poetic literary escapade, Scottish-American writer John Muir is particularly famous for using his writings to turn the hearts and minds of 19th century America towards their nation’s natural treasures. His magnum opus, “My Summer in the Sierras”—an autobiographical journey across the Sierra Nevadas in California, is built on chapter after chapter of rapturous, nature-inspired poetry.

As mentioned before, Aldo Leopold, the first American conservationist and author of the aforementioned “A Sand County Almanac”, will connect an American with their sense of stewardship of the land, which Thomas Jefferson described as “nature’s nation”.

If you would rather get up close and personal with the world’s wildlife, Netflix also just announced that they are streaming every episode of their beautiful Our Planet documentary series for free on YouTube.

We have also put together a handy list of zoos and aquariums that have set up livestreams of their animal residents.

Try and Use Nature to Ease Your Worries

Researchers have documented for years how exercise or just being in an outdoor space rich in greenery can ease and reduce symptoms of depression or anxiety.

One 2019 study said only 20 minutes in nature was enough to lower levels of hormones related to stress such as cortisol.

LOOK: City is Converting Highway Pillars into Vertical Gardens to Clean the Air

“Our study shows that for the greatest payoff, in terms of efficiently lowering levels of the stress hormone cortisol, you should spend 20 to 30 minutes sitting or walking in a place that provides you with a sense of nature,” says Dr. Mary Carol Hunter, an Associate Professor at the University of Michigan and lead author of the research.

Another massive study of 20,000 people from the UK found that two and a half hours a week in nature was crucial for health and well-being.

So rather than dwelling on the stress of being kept indoors, perhaps it may be more beneficial for you to focus your appreciation on the great outdoors. After all, the nation celebrated its first ever Earth Day in 1970 alongside the creation of the Environmental Protection Agency and Congress’s approval of the Clean Water Act, the Endangered Species Act, and the Clear Air Act—and although we may be faced with a different set of environmental dangers in 2020, we can still be spurred to action if we remember that we are all citizens of the same planet Earth.