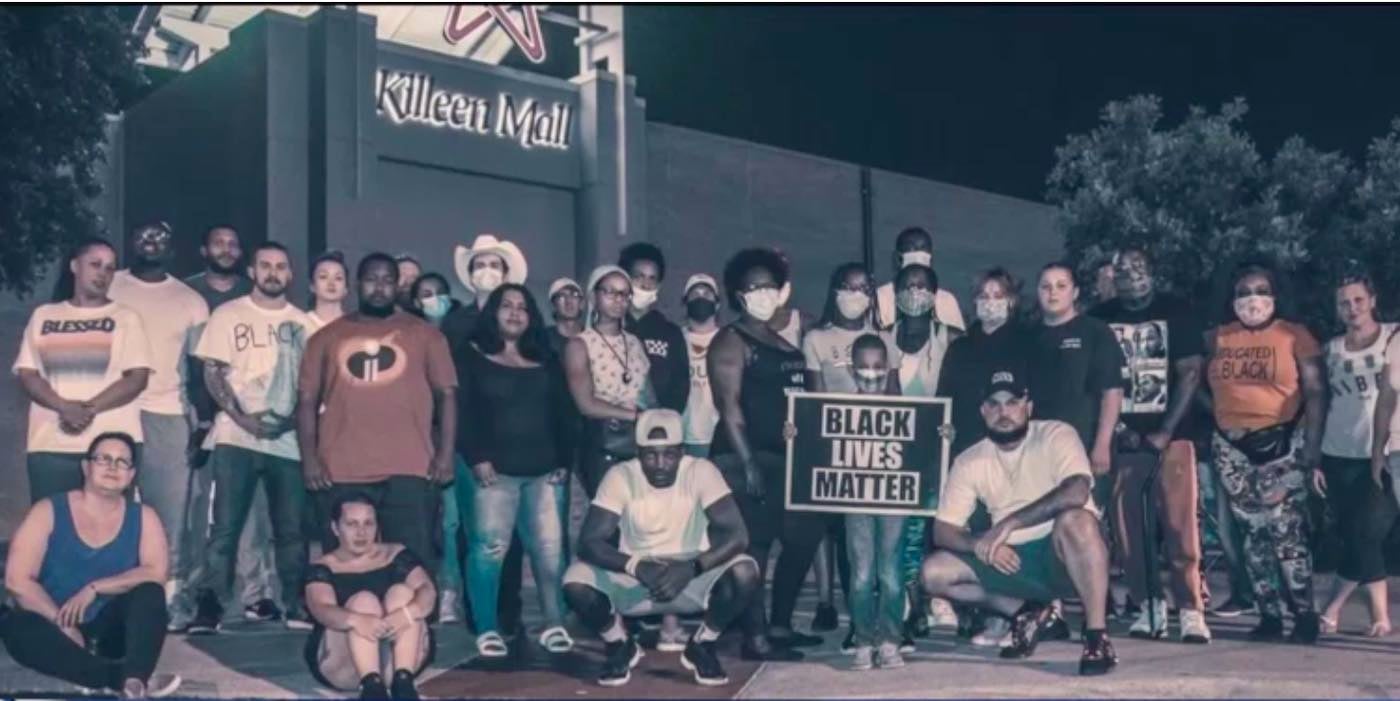 They had just finished a peaceful protest in town when residents of Killeen, Texas  decided they needed to tap that community spirit to defend the local mall after local police suggested it may be the target of looters.

Police identified a threat of rioting on social media, and Killeen mall management in Central Texas announced the building would be closed to residents until further notice.

However, Reshard Hicks and Jonathan Hildner who organized peaceful protests over the weekend were not going to sit idly by. Together they stepped up to organize a defense of the mall, to prevent any rioting and looting, which would otherwise besmirch the peaceableness their town had experienced.

“We showed everybody that Killeen can do something positive and not be destructive,” Hicks told KWTX, adding: “To have somebody come in and ruin all that for us would have been very counterintuitive to what we are trying to accomplish” Hicks said.

75 residents joined Hicks and Hildner to stand and watch all the entrances to the mall for a few hours—just to discourage any trouble.

“We were there to hopefully embrace whoever may have been coming to do harm,” Hildman told KWTX. “And help them understand why doing things our way was better for everyone.”

Their efforts may have achieved something, as the town has stayed peaceful ever since.