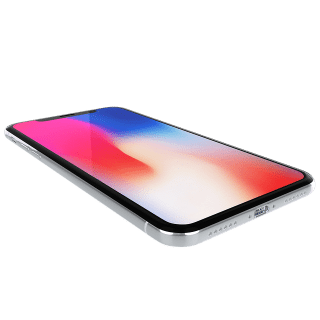 Perhaps the most anticipated smartphone in the last decade has finally reached the hands and pockets of the Apple fanbase. The Apple iPhone X claims to revolutionize the look and functionality of Apple smartphones in the coming years(which seems to be the case) but what do you really need to know? And should you go and buy it? Well, the latter is very much a question at the end of this in-depth review, but as of now, we are going to look at this new phone’s key features.

There are two elements of the X that make it noteworthy. Apart from the hefty price, it’s the screen and the manner in which you unlock it. For the screen, we are looking at a sharp 5.8” Super Retina HD display that boasts a resolution of 2436 by 1125 pixels and incorporated AMOLED technology, which is the first iPhone to do this. The punchy and bright screen fills most of the phone’s front, with thin bezels on the side. The only exception is the notch found at the top of the display, which houses the new controversial element of the Apple iPhone X- Face ID camera. 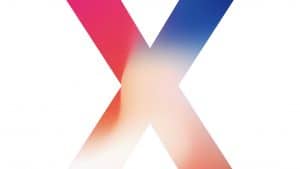 The new iPhone comes in two colors: black with a shiny but dark grey trim and white with a silver chrome trim. As for me, neither of these colors look stunning for the price point as we have seen better with the Oneplus 5T lava red and the Mocha Brown in the Mate 10 Pro. However, we might see a variety of new colors as time goes by. The X is as expected made of glass both front and back and this makes it a fingerprint magnet. However, this can be easily resolved with a cover.

There’s really no surprise with the device’s physical elements positioning, apart from the power button which has been relocated to the right side and the lack of a home button. Everything else from its predecessors remains in place with IP67 water and dust resistance. The new iPhone still ditches the headphone jack, something that I don’t like but will have to get used to.

Also, the camera module on the back is something that might annoy some. It is not only unsightly, but it’s big enough to completely unbalance the device when placed on a table. This causes it to rattle whenever you tap or swipe. The notch on the top of the display is somewhat a mixed bag, but it seems to be something you’ll get used to.

The positives with the display are similar to every other 2:1 aspect ratio, low-bezel phone out there. It has a high screen to body ratio which translates to a bigger display to work with on a phone that is comfortable to the hand. So, while it may have a bigger 5.8-inch screen, it is substantially smaller and lighter than the 5.5 inch the company has been using for the past few years. Also, the rounded corners of the X make it comfortable to hold and put into a tight pocket.

As expected, the performance in the current gen iPhone is excellent. Similar to the iPhone 8 and 8 plus, it comes with a new A11 Bionic Chip, coupled with 3GB of RAM. Its performance is quite commendable and similar to the iPhone 8 plus. According to numerous tests and reports, it is one of the fastest phones on the market. It’s really smooth when it comes to running both general and graphically intensive applications.

As for the display, which is Apple’s first OLED, is remarkable. As earlier mentioned, it has a resolution of 2046×1125, delivering a pixel density of 458ppi and it is the best display the company has ever manufactured. 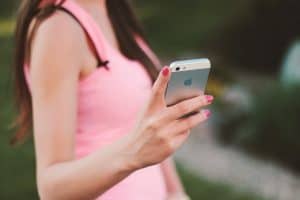 The biggest consequence of settling for an almost bezel-less screen is that there is no longer room for the home button and surprisingly a fingerprint. Instead, the company has decided to take a bold and controversial move by introducing Face ID- a new biometric form of unlocking your iPhone just by looking at it.

Well, Face ID works by using the devices ‘true depth’ camera to project 30,000 infrared dots to the face. It then produces a 3D model of your face and stores it alongside a 2D infrared image. It ideally used the same sensor to match it against the stored version to unlock your device within seconds. Apple claims it is more secure than touch ID and has even gone ahead to implement it for Apple Pay authentication.

As you would expect, the iPhone X camera is excellent and for all the same good reasons for the 8 and 8 plus. It is by no means the best smartphone camera in the market, but it does an excellent job of capturing candid pictures and clear, steady 4K videos at 60 frames per second.

Similar to the iPhone 8 plus, the X has two 12 megapixel shooters in the back, both using Sony sensors. The first is a wide angle camera and the second a telephoto shooter. We have seen this implementation in various phones this year, but when compared to the iPhone 8 plus, the telephoto shooter has a slightly brighter aperture(f/2.4) and features optical stabilization just like the primary shooter.

In conclusion, the iPhone X revolutionizes the brand in terms of design, finally drawing level with companies like Samsung in terms of aesthetics, giving consumers a genuinely innovative and effective ways to unlock and use the device.

It is quite quick and has a remarkably color accurate screen, Apple’s best since the invention of iPhones and the camera is in fact, sublime. However, the price, unfortunately, takes all the headlines. With the prices starting at a jaw-dropping $1000 for the 64Gb variant and a truly ridiculous price of $1200 for the 256GB version, the phone is just too expensive.

So, should you get the iPhone X? To be frank, unless you are a hardcore fan who’s in love with the Apple’s ecosystem, there’s no true value for your money here. With more and more phones offering the same features for even half the price, it doesn’t make sense to get the Apple iPhone X this year. Sorry Apple, but it is what it is.