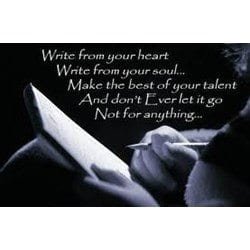 Eiffel Tower is the Most Popular Monument in Paris

The Eiffel Tower is the tallest construction in the city of Paris and it was erected way back in 1889. It is interesting to know that this tower formed the entrance of a very big fair called Worldâ€™s Fair that was held in Paris. Ever since 1889 the tower continues to be one of the most visited towers in the whole of Europe for that matter. It is believed that more than 6 million people from different parts of the globe visit the Eiffel Tower every year. The massive tower was designed by an engineer by name, Gustave Eiffel. Hence the tower was named after him.

Another interesting fact about the Eiffel Tower is that its construction got over in a record time of just two years. The construction began only in 1887. It was opened for the general public on 31 March 1889. The beauty of this tower is that it has three floors or levels. There are about 9 elevators to ascend these three levels. Although the visitors can either climb by stairs or use the elevator to reach the first and the second floors they can reach the third floor only by means of elevator. This is the specialty of the Eiffel Tower. It can be surely said that the Eiffel Tower has become the cultural symbol of Paris.

The height of the tower is 320 meters! An antenna was added to the top of the tower in 1957 and hence it now stands 324 meters tall. It is important to know that the Eiffel Tower functions as radio and television broadcasting tower and also as observation tower and hence radio and television signals were broadcast right from the top of this mammoth structure. Le 58 tour Eiffel and le Jules Verne are the two lovely restaurants on the tower. The first restaurant is located on the first floor and the second one on the second floor.