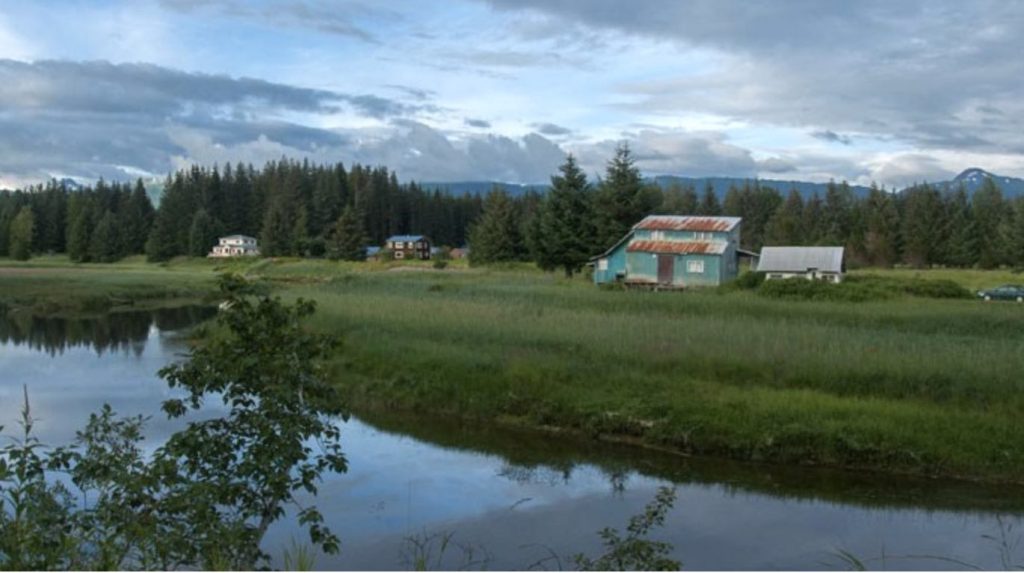 COVID-19 is impacting grocery store supply chains and demand schedules in both big cities and rural communities across America—but for Gustavus, an icy seaside town 7 hours  from Juneau, Alaska, the disruption is a much more serious matter.

In late April, the town’s grocer set off from Gustavus in a small barge en route to the world’s most remote Costco warehouse. After 7 hours, Toshua Parker reached Juneau, where he loaded pallets containing $20,000 worth of eggs, flour, meat, canned goods, produce—and, we assume, toilet paper.

For the lone grocer, it’s what is required to run his small store called Ice Strait Wholesale—also, fondly known as ‘Toshco’—which keeps his 446 neighbors fed. It’s a huge challenge, as the isolation of the town presents difficulties only Alaskans can understand. Without electricity or phones until the 80s and mid 90s, no roads can even bring a car into the town.

The town is completely surrounded by the distant mountains and icefields of Glacier Bay National Park on three sides and the ocean on the fourth.

Deep family roots connect Parker to the town where he first opened his grocery store ten years ago. Parker’s great-grandfather, Abraham Lincoln Parker, was the area’s first permanent homesteader back in 1917.

As the store grew, Parker and his father expanded to own the town’s gasoline station, while also opening a freight company; buying two ships—a $300k “insurance policy” that insured Parker could maintain supply chains in times of disruption.

Now during COVID-19 Parker tallies what the Gustavus residents need, taking orders by phone for everything from washing machines to eggs—before making his weekly 7-hour journey to the Alaskan capital to stock up. It’s the ultimate challenge for a grocer, who must shift an enormous amount of stock for notoriously slim profit margins.

“It’s an art form, not a science,” Parker told The Hustle, explaining how he manages to predict the crazy demand week to week.

“The town might have a 100-gallon swing in (its) demand for milk from one week to the next without any explanation of why. One week, nobody wants whole milk; the next week, everyone wants 2%.”

Moreover, Parker can’t reward himself by marking up prices to heights that his remarkable labor and logistical effort perhaps justifies. A dozen eggs at Toshco cost $7.99, leaving him just $3.50 to cover the cost of his barge maintenance, labor, refrigeration, logistical planning, and gasoline.

MORE: After 95-Year-old is Swindled Out of $16,000 in Life Savings, Town Gets It All Back By Serving Spaghetti

“I can’t mark something up 5x because they know exactly how much something costs at Costco,” said Parker, explaining how Costco’s prices keep his honest.

“Toshua pretty much saved the town,” says Mayor Casipit. “I really don’t know what we would’ve done without him.”

“It’s like Christmas when the load gets here,” says Parker. “Everyone is waiting for it. Word gets out, and they all seem to know when it’s coming.”