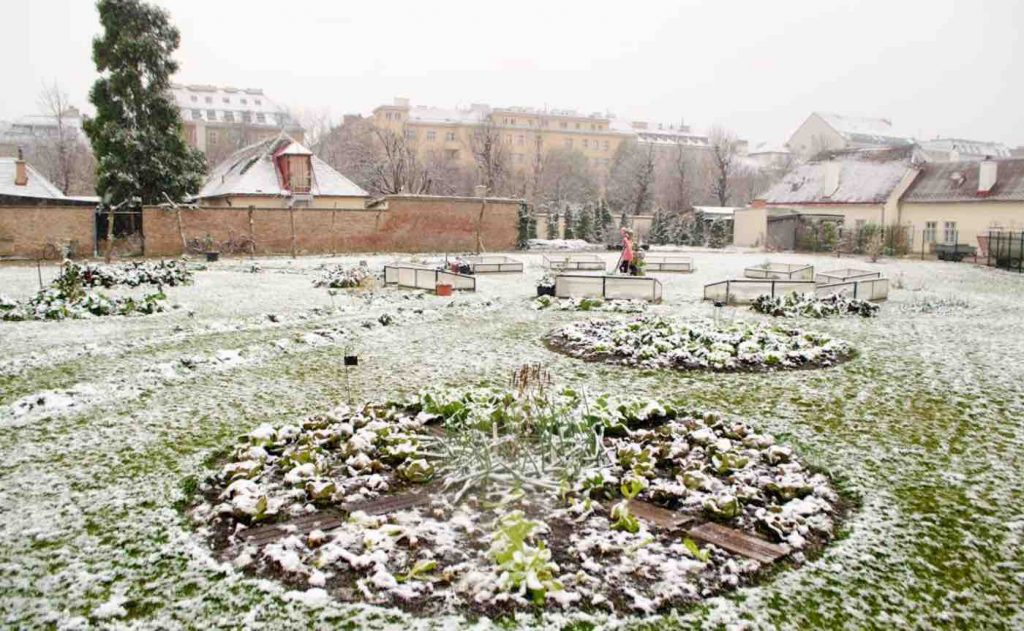 An Austrian farmer has experienced a trailblazing “eureka moment” on how to grow vegetables throughout the winter—and he is now teaching his technique to other European gardening communities as well.

According to a recent interview with Reasons to Be Cheerful, horticulturist Wolfgang Palme says he accidentally discovered his “winter farming” technique after a batch of his Asian lettuce was left undamaged by an early frost in the vegetable fields behind his house in Lower Austria.

The temperature had dropped to -11º Celsius (12º Fahrenheit), and although the crop is generally frost-resistant to temperatures of -3 or so, the lettuce—and Palme’s other vegetables—had survived the cold.

Palme, who is head of the Research Institute of Horticulture in Austria, was puzzled by the agricultural phenomenon. Upon doing some digging on why his vegetables may have survived the cold snap, the horticulturist found that the existing scientific literature on the frost-hardiness of Central European vegetables was just wrong… so he started to make it right.

These vegetables are all part of a crop of more than 70 species which Palme has learned to cultivate in the winter.

For the most part, Palme’s technique involves combining the use of unheated plastic tunnels under the produce and heating the ground with manure. He has also been experimenting with planting his crops at varying times of the year, his reasoning being that if he plants seeds too late, their roots wont be strong enough to last winter; if they are planted too early in the year, the plants will fruit too quickly.

MORE: After Watching Brother Give Up on Gardening, Man Designs Tabletop Gardens for People in Wheelchairs

According to Palme’s gardening guide published by Reasons to Be Cheerful, you can grow iceberg lettuce throughout winter temperatures of between 0 and 8 degrees Celsius if you sow your seeds at the beginning of August, plant at the end of the month, and harvest the crop between November and January.

Since Palme is now passionate in using his research to impact society at large, he now holds winter gardening classes in Augarten Park, Vienna where attendees can manage their own vegetable beds. He also works with commercial and small-time farmers with the hopes of helping them to exploit the year-long potential of their fields.

CHECK OUT: School Gives Students Credit for Physical Education Class When They Do Yard Work for Seniors and the Disabled

Not only do his teachings help farmers to exponentially improve their crop yields, it also helps reduce the greenhouse gas emissions generated by the demand for imported vegetables flown in from tropical climates, which is roughly 15 times the cost of growing domestically.

“In a cold winter night, a heated greenhouse of 1.5 acres causes as much CO2 equivalent as a detached house in a whole year,” says Palme. “Mankind can no longer afford this.”