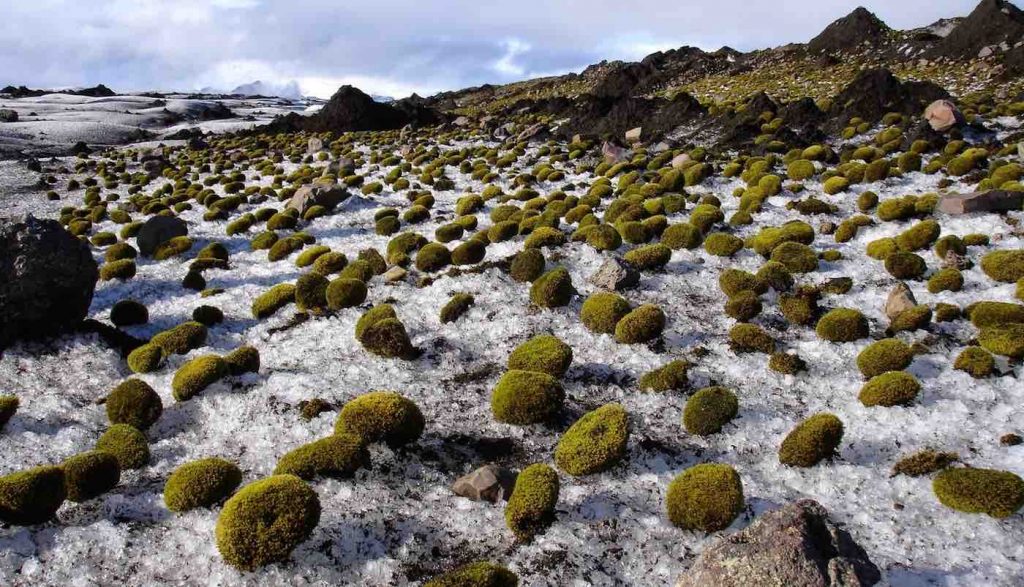 Proving that the world is still full of mysterious and exciting things that are unknown, American scientist Tim Bartholomaus has recently published a paper with his findings after an unexpected encounter he had with other-worldly balls of green moss atop Root Glacier in Alaska.

Scattered across the ice, Tim began to look into what glaciologists in Iceland described as “glacier mice”.

“They’re not attached to anything and they’re just resting there on ice,” he says. “They’re bright green in a world of white.”

Glacier mice, upon further observation, are herds or kreshes of green moss balls growing on nothing, which moved in an ultra-slow coordinated synchronicity with each other in a way that no one understands.

They are made from a variety of different species of mosses that Tim imagines formed around some tiny piece of detritus, and then grew off each other. They also contain a variety of basic organisms like worms and bacteria.

“They really do look like little mammals, little mice or chipmunks or rats or something running around on the glacier, although they run in obviously very slow motion,” the study’s co-author and wildlife biologist Sophie Gilbert, also at the University of Idaho, told NPR.

“The whole colony of moss balls, this whole grouping, moves at about the same speeds and in the same directions,” Bartholomaus added. “Those speeds and directions can change over the course of weeks.”

To try and determine the cause of movement of the mysterious migrating mosses, Bartholomaus tied wires with brightly-colored beads around each moss ball and then tracked their positions every year as they moved across the glacier.

Every Guess About How They Move Was Wrong

So far none of the gathered evidence supports any of the immediate hypotheses. At first scientists thought they were only rolling down hill, but this proved false.

Next the idea was that the moss balls shaded the ice underneath them, and that as the sun melted the surrounding ice they were left on teetering on “an ice pedestal” which after melting caused them to slide off. Again, this was not the case.

“We next thought maybe the wind is sort of blowing them in consistent directions,” says Bartholomaus, “and so we measured the dominant direction of the wind.”

Wind was also found to be irrelevant, leaving Bartholomaus “baffled”.

LOOK: Swiss Village Has Been Projecting World Flags Onto One of Their Tallest Mountains in Solidarity of Pandemic

“I think that probably the explanation is somewhere in the physics of the energy and the heat around the surface of the glacier, but we haven’t quite got there yet,” says Ruth Mottram, according to NPR, a climate scientist at the Danish Meteorological Institute who later mentioned it’s hard not to imagine them as little alien lifeforms like the “tribbles” from Star Trek.

(LISTEN to the NPR segment below)

Help This Enchanting Story Travel On Social Media—SHARE it!