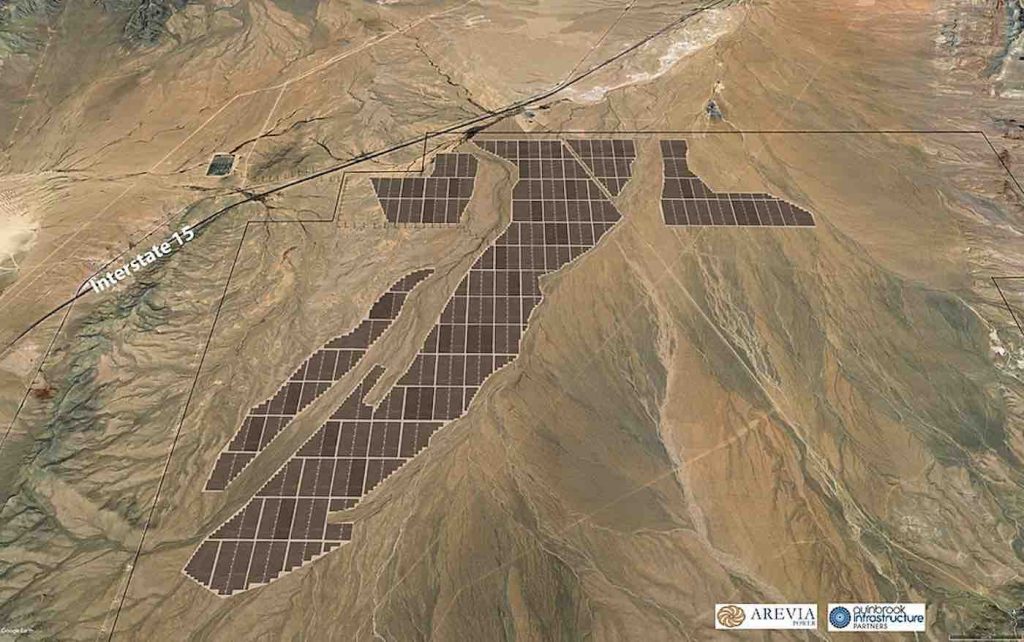 The US government has just approved the construction of what will be the largest solar project in the nation and the 8th largest in the world.

This week, the Department of the Interior (DOI) and the Bureau of Land Management (BLM) announced the approval of a proposal to construct and operate a 690-MW photovoltaic solar electric generating facility in Nevada about 30 miles northeast of Las Vegas.

The on-site construction workforce is anticipated to average 500 to 700 construction workers, with a peak of up to 900 workers at any given time, supporting up to an additional 1,100 jobs in the local community and injecting an estimated $712.5 million into the economy in wages and total output during construction.

MORE: For the First Time, U.S. Renewable Energy Surpasses Coal Every Day For An Entire Month

The project is expected to be constructed in two phases. The first phase of power could come on-line in 2021 with final completion as early as 2022. Federal revenues are expected to be more than $3 million annually to the US Treasury.

The project is also expected to generate renewable electricity that would annually offset greenhouse emissions of about 83,000 cars (384,000 metric tons of carbon dioxide equivalent). Although the ROD included several operational stipulations to reduce the facility’s impacts on native vegetation and wildlife, such as the desert tortoise, extensive long-term monitoring will be required in order to examine additional adaptation methods that could be used to reduce potential environmental impacts.

“Despite the challenges of the coronavirus, we’re pleased to see that Nevada will soon be home to one of the biggest solar projects in the world,” said Abigail Ross Hopper, President and CEO of the Solar Energy Industries Association. “The solar industry is resilient and a project like this one will bring jobs and private investment to the state when we need it most.”

The Gemini facilities are set to be built and managed by Australia’s Quinbrook Infrastructure Partners and California-based Arevia Power across up to 7,100 acres of land.

“We are very pleased to have reached a satisfying and final seal of approval from the Department of the Interior and the Bureau of Land Management so that we can now take Gemini forward with confidence,” said David Scaysbrook, Co-Founder and Managing Partner of Quinbrook. “This final decision officially clears the pathway for Quinbrook, and our development partners at Arevia, to accelerate completion of detailed project designs and procurement plans for one of the world’s largest renewables projects ever undertaken.

“Gemini offers the opportunity to showcase, at an unprecedented scale, what we believe to be one of the most promising technological advances in coupling battery storage to utility scale solar power to produce low cost renewable energy over the long term,” he added. “Gemini will benefit all Nevadans by supporting jobs, stimulating the local economy and capturing the state’s abundant solar resources to deliver low-cost, renewable power to NV Energy customers.”