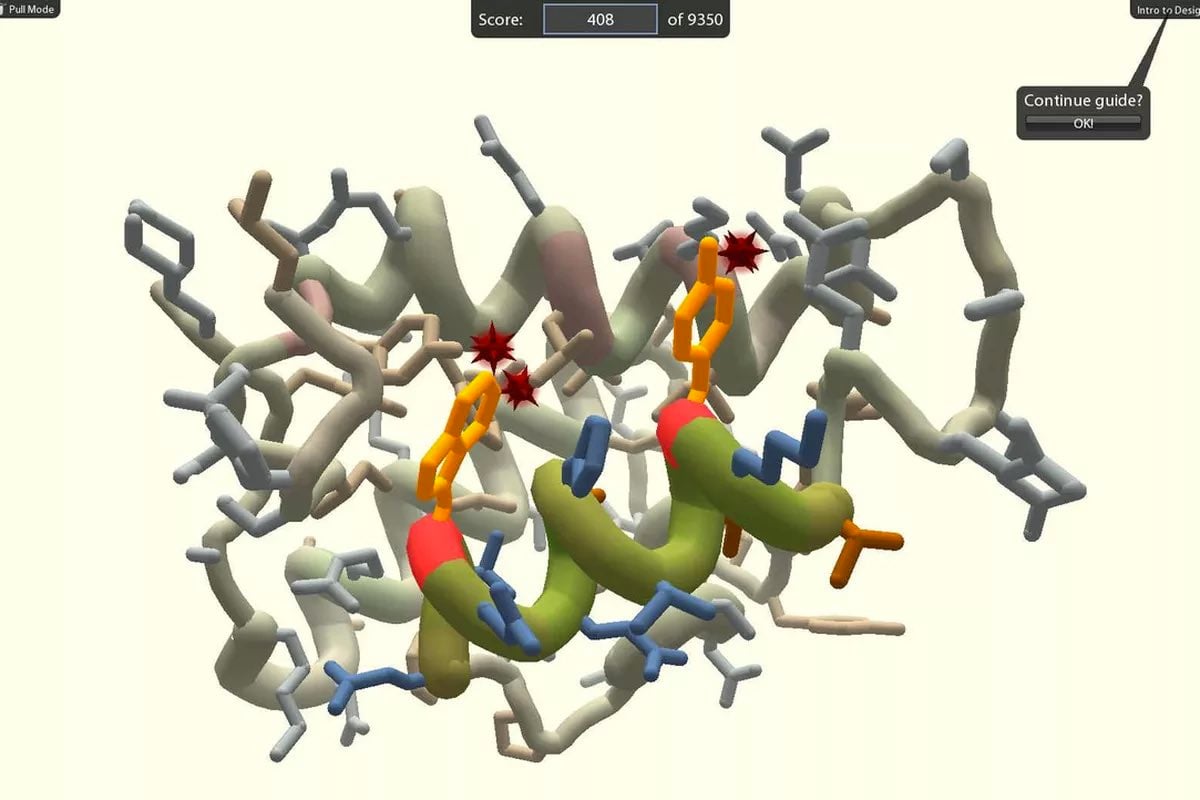 If your parents (or wife) ever told you that playing video games would amount to nothing in your life, you can tell them to think again. In our desperate hour, the drugs needed to reduce the spread of COVID-19 could come from playing a puzzle game specially designed by scientists as a citizen-science project.

How could playing something like Tetris or Minecraft help scientists create new pharmaceuticals? The idea seems mad—until you look at the structure of COVID-19 and the cellular receptor it binds to in their molecular form.

The game, called “Foldit” challenges players to help scientists create new proteins by solving complex puzzles in 3D, or creating their own new shapes. The data are viewed by scientists to see if any of the players have created anything like a viable design for a protein.

But wait, aren’t scientists infinitely more qualified to design new proteins than video gamers? Not necessarily, because the simple act of more people providing more variations means there’s a higher chance one of the gamers will get it right – and it’s worked before.

Foldit has already been used to help scientists build another version of an enzyme, one that had than 18 times more activity as it interacted more and more with different compounds in the body.

Foldit players also unraveled the crystalline structure of “Mason-Pfizer monkey virus retroviral protease.” This substantial mouthful of a designation is a chemical compound that plays a large role in viral maturation, and belongs to a family of compounds that are absolutely critical for creating new and more effective retroviral drugs to treat viral diseases like HIV.

Amazingly, this retroviral protease puzzle was solved in only 10 days—light speed compared to other forms of experimentation.

RELATED: Dogs Join the Fight Against COVID By Learning to Sniff Out the Virus

Gum in the Keyhole

The COVID-19 virus has a long projection or spike that fits perfectly onto one of the receptors which surround our cells, allowing it to slide into our cells like a key into a keyhole before beginning its sinister work.

The men behind Foldit are putting the game to use once again to try and discover another protein that fits this same lock, which would effectively gum up the keyhole, preventing the virus from accessing the cell.

“It just has to stick to the virus—it does not have to do much else,” Dr. Brian Koepnick, one of the scientists working on the project told the Sydney Morning Herald.

“The lab behind it, led by Professor David Baker, is possibly the best equipped in the world to design a protein,” Associate Professor Ashley Buckle, a protein engineer who also spoke to the Herald.

While this wouldn’t represent a vaccine or cure for this coronavirus, it might give patients, even those with co-morbidity factors like a history of smoking, a much greater fighting chance—and it would give gamers an effective retort whenever they’re told that playing video games wouldn’t amount to anything.