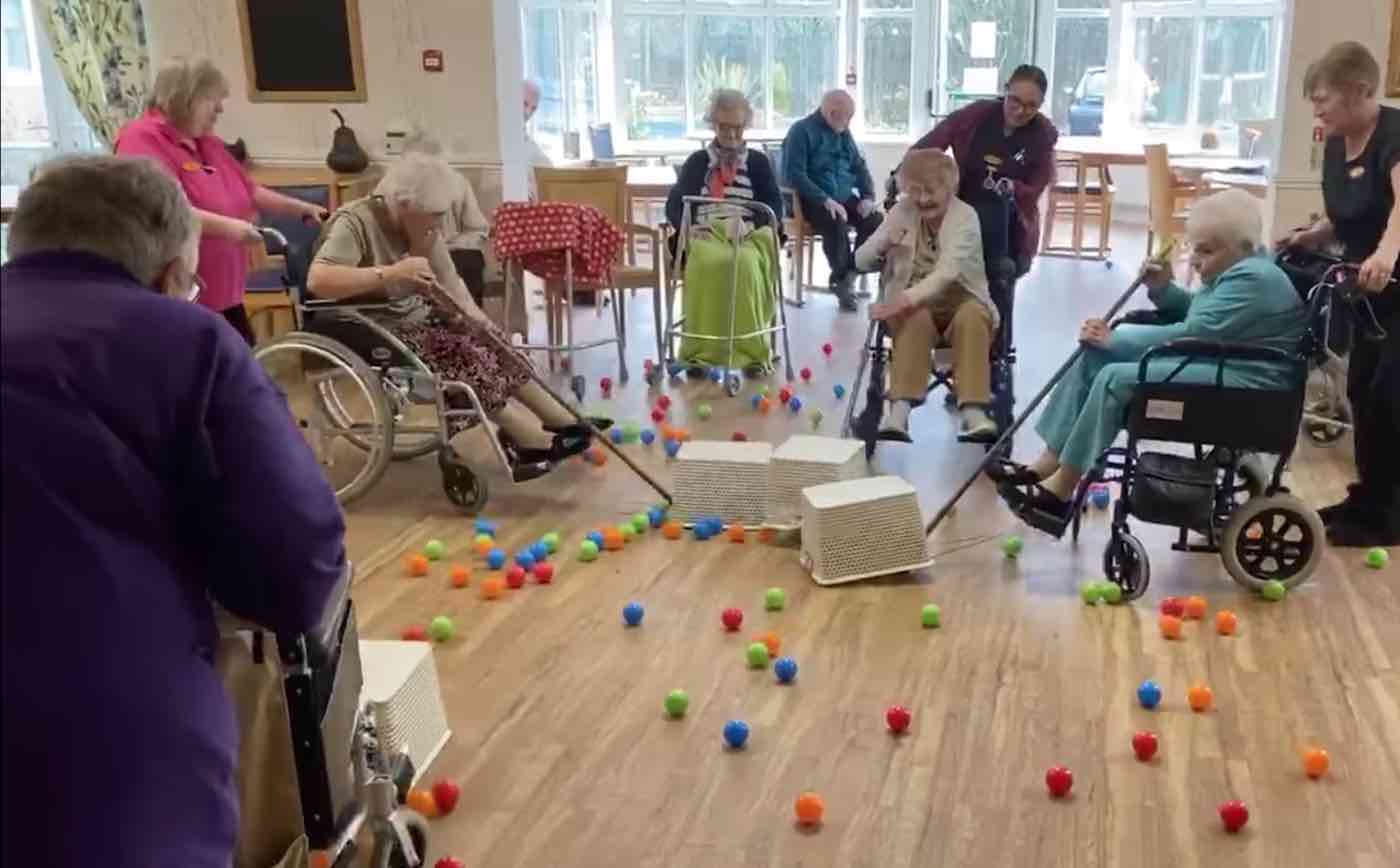 As a means of staving off self-isolation boredom, these delighted seniors and their nursing home caretakers played a game of real-life Hungry, Hungry Hippos.

In a video that was published by the Bryn Celyn Care Home in Maesteg, Wales last week, four elderly women in wheelchairs were filmed giggling away as they were rolled around a room similarly to the classic children’s game.

LOOK: Two-Legged Dog Named ‘Lieutenant Dan’ is Vying to Be the Next Cadbury Bunny

Instead of using hippo mouths to capture the plastic balls, however, the women brandished baskets on sticks—and the results are pretty amusing.

Since the video was published to Facebook on Thursday, it has already racked up more than 1.8 million views.

(WATCH the sweet video below)