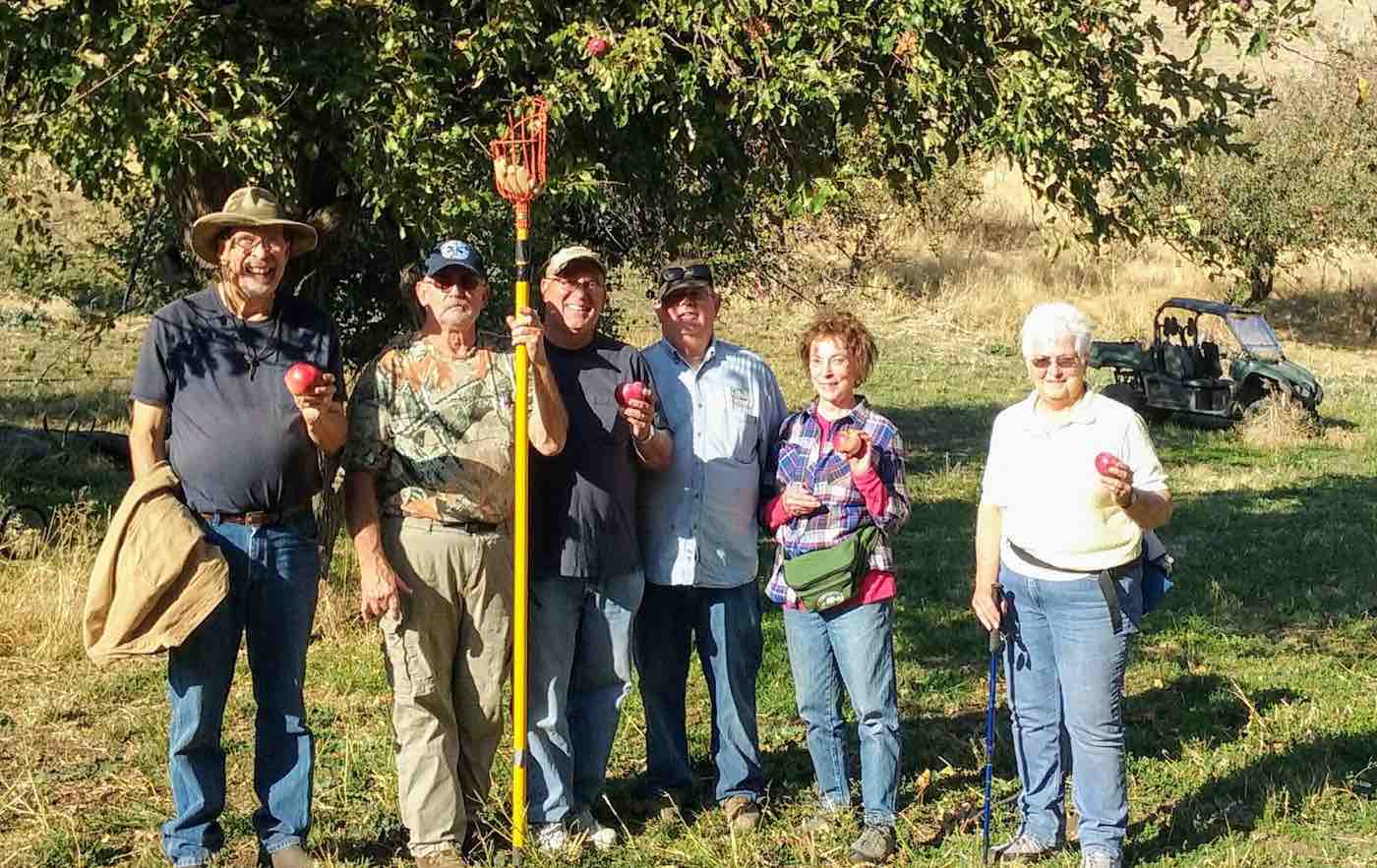 What do you have planned for your retirement? While enjoying your grandchildren or traveling across Italy might be some things you’re considering, we can not imagine that many of you would answer: “I’m going to scour the wilderness of America looking for abandoned and forgotten pioneer homesteads in the hope of discovering forgetting genetic strains of common crops”.

Well, this pair of retirees have been scouring the Pacific Northwest for abandoned pioneer-era fruit orchards, and have successfully discovered numerous lost species of apples.

During the autumn of 2019, EJ Brandt and David Benscoter—the Vietnam-veteran and former FBI agent who became amateur botanists for their nonprofit, the Lost Apple Project—made a remarkable discovery that was confirmed by the experts at Temperate Orchard Conservatory.

The apples they found growing in orchards around abandoned homesteads in Genesee, Idaho, led to the re-discovery of 10 forgotten varieties of apples that were believed to be extinct.

“It was just one heck of a season. It was almost unbelievable. If we had found one apple or two apples a year in the past, we thought we were doing good. But we were getting one after another after another,” EJ Brandt told the AP. “I don’t know how we’re going to keep up with that.”

Their apple sleuthing is worthy of a documentary, as it involves hunting lost orchards in the forests, mountains, and canyons relying only on newspaper clippings, old maps, county fair records and nursery sales ledgers that contain records of homesteaders purchasing trees to begin their orchards with. The ledgers often contain some information on the buyer, which can help triangulate a possible orchard location.

Whenever a suspected location is discovered, EJ and David trek by ATV, truck, and hiking shoe, to log hundreds of miles and countless hours over the course of a reconnaissance mission.

Once an apple orchard location is discovered, they will tag it with a GPS pin, ribbon the old apple trees, and bag whatever specimens they find to be shipped off to the experts at the Temperate Orchard Conservatory.

“The locations of old homestead orchards are surprisingly consistent. Settlers always planted their orchards in low spots like ravines or along a water source like a stream if they had access to one,” Brandt wrote on Facebook.

“When I find an apple that’s lost, I want to know who homesteaded it, when they were there, who their children were, when they took their last drink of water,” Brandt said. “We cannot afford to lose the name of even one of these landowners.”

Even if you threw your children in the back of your car and went on a cross-county search to catalogue the number of species of apples you could find at local supermarkets, you might not manage more than 10 of the 4,500 named varieties that exist in the country today.

Even that number, as shocking as it is, can’t compare to the 17,000 individual apple varieties that spread across the length and breadth of North America during the heyday of homesteading.

WATCH: Couple Buys Up Acres Around Indian Tiger Reserve For Reforesting So Big Cats Can Roam

The Lost Apple Project believes that many hundreds of these varieties were planted by settlers, and the experts use old botany textbooks and watercolor illustrations of apples made by the Department of Agriculture in the 1800s to confirm the varieties’ identities.

In this way the Temperate Orchard Conservatory has confirmed 23 species of apples re-discovered by EJ and David. Among these are the ancient Turkish apple called Sary Sinap, the Streaked Pippen which may be pre-Declaration of Independence, and the Buttersweet which emerged in Pennsylvania in 1901.

One apple which seemed to be called the Gold Ridge was difficult to nail down due to a lack of documentation or illustrations of it in public and private records. According to one AP report, botanist Joanie Cooper went “page by page” through a 100-year-old botanical reference book written by a botanist who died in 1912 before finally finding a report of the illusive juicy orb.

From Hunting to Horticulture

Lost Apple Project has several function, and now that the hunting season is over, the nonprofit looks to continue its reintroduction efforts in regional markets—raising awareness of the value of lost apples.

When a recent airport expansion was set to wipe out an orchard, a relocation project was launched by Washington State University, which Lost Apple Project supported by volunteering to help graft 100 trees. They placed existing apple wood cuttings onto generic root stalks to create apple orchard seedlings, including several of their own rediscovered species, to be planted in a preserved portion known as heritage orchards.

MORE: The Guys Who Sell Ocean Plastic Bracelets Are Closing in on 8 Million Pounds of Waste Pulled From the Sea

On a post at Lost Apple Project’s Facebook page, EJ and David say that there could be as many as 300 varieties in the orchard when the project is finished, and the first 50 should be ready by June.

WSU, which spends a lot of time thinking about Washington State apples, recently made headlines by producing the first new apple to be introduced there in more than a century (the Cosmic Crisp)—despite being the apple capital of the United States, and one of the world’s leading apple producing regions.

According to USA today, scientists at WSU’s Tree Fruit Research Center in Wenatchee spent 20 years breeding and tinkering around to get the desired apple tree seeds.

CHECK OUT: Dutch Guy Famous for Cleaning Up Pacific Garbage Patch is Now Clearing the World’s Rivers Too

Support Them During COVID Shutdown

Lost Apple Project had to cancel their largest fundraiser event of the year—a fair where they sell their time-lost apples, as well as grafts, and hosting classes teaching people how to graft apple trees—due to coronavirus outbreaks in the state. However, EJ Brandt takes this time when he isn’t sure how the nonprofit will pay its bills to imagine the difficulties faced by the pioneers whose legacy is preserved by his work.

25% of homesteads didn’t make it, according to Brandt, with many settlers succumbing to starvation, predators, or other hazards.

“It was a hard life. I can’t even imagine what they went through, but they survived and they went on with their lives,” he said. “It’s hard now, too, but it’s going to be OK. It’s all a part of life.”