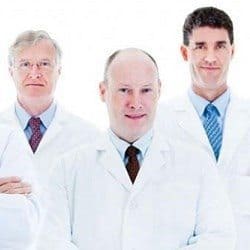 There are three basic types of places you can go to see a doctor.  Each of them has the same basic concepts.  That is your the patient and they’re the doctor.  But there are several differences that go throughout the locations that you should be aware of in case one meets your needs better than the other two.  That may sound odd, after all, they’re all doctors, but there are differences in how each of them is ran and maintained.

For example: urgent cares such as Boca Regional Urgent Care will be open later than your average doctors office.  They also will cost less than that of going to an emergency room.  This is typically the case with every urgent care.  They work longer hours than a doctors office, yet will usually get you in faster than a doctors office or an emergency room.  They also allow for you to make same-day appointments, which means they’re working for you and not against you.

Getting the right medical attention
means having the information you need, to make an informed decision.

Emergency rooms still are obligated by law to give anyone care that walks through there doors.  This isn’t the case for urgent cares or a doctors office, even if you’re an established patient their, they can still refuse service to you at any point.  Emergency rooms also are open 24/7 and in most cases have far superior equipment than that of the urgent care or doctors office.  Which is why if you need further testing or care, you will be refereed to a hospital instead of an urgent care.  You’re also not guaranteed to see your own doctor at a given hospital.

Doctors must have hospital privileges in order to see patients at that location.  What that means is that you will need to have any work or procedures done, forwarded to your normal doctor for followup IF they don’t have access to the hospital that you’re at.

Which is one major advantage to going to a ‘regular’ doctor.  You get to know them and they get to know you.  There’s no guess-work or wondering if you’re allergic to something or if you have had a specific test done.  Your chart is right there for the viewing.  Doctors offices however take longer to see a patient, sometimes as long as 3 months and they may or may not cost as little as an urgent care.

All of these are important differences that you need to be aware of!

Urgent Care clinics save you
time energy and money.