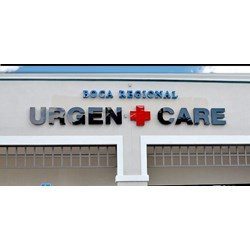 Urgent cares are often thought of as secondary to emergency rooms.  It’s one of the biggest myths out there.  People truly believe that if you go to an urgent care, then you’re going to look at getting substandard care.  They seem to be unsure of the quality of care that will be assembled after all, they aren’t emergency rooms, so that can’t be as good…or so the reasoning goes.

So let’s get started on some basics about the urgent care system.

Urgent care facilities have many
myths around them. But that doesn’t make those myths true.

There are many myths that float around urgent cares.

Another common myth is that they wont take your insurance.

The fact is that they are a medical business like any other in the medical profession.  If you go to see an urgent care doctor, they will be happy to charge you substantially less because they aren’t the emergency room.

What that also means is that they’re going to get you into see the doctor faster.  The average emergency room wait is 4 hours.  The average urgent care wait is 20 minutes, and zero if you call in to set an appointment.

Urgent doesn't mean you don't need to see a doctor...
it means that you’re not dying, but still need to be seen.

The final two myths about urgent care are the lack of medications and medical equipment that ‘real’ emergency rooms have.

Again, these are both myths.  When you go to an urgent care they are a medical facility, therefore they have most of the medical equipment that any hospital will have.  Keeping in mind that they’re not like to have equipment that handles life threatening or on going treatments.  But X-Rays you’re good.  That way they can take care of your needs and you don’t have to worry about having to go to an emergency room after you’ve been to urgent care.

Another concern is that you would have to stop by a discount store in order to get your medication.  Most insurances have they’re co-pays set in stone.  What that means to you is that when there’s a pharmacy on-site of the urgent care, you can get  the medications you need and then go straight home and rest.  That is after all what you’re going to want to do after you’ve received the treatment that you need.