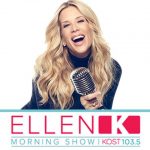 LISTEN to this Good News Guru story, which was broadcast on the radio May 25th with Ellen K and Geri on KOST-103.5. (Subscribe to our new podcast on iTunes – or for Androids, on Podbean) — or READ the story below…

The parents who adopted Bruce Hollywood, long ago, urged him to track down his Japanese birth mother, even offering to pay his plane fare, but he never became interested until he had a heart attack, when he was lying in an ambulance and realized he regretted never reaching out to her.

Once he had recovered, he began searching for the woman who had given him up for adoption to an American military couple stationed in Japan in 1960. He called the Japanese and American Embassy with no luck. He then hired a private investigator – but still, nothing.

But the former Air Force colonel found himself sitting next to another Army man at an airport wine bar one day. They struck up a conversation and when Hollywood mentioned his unsuccessful search, the man offered to help.

With low expectations, Hollywood gave the man all of the information that he had collected – and ten days later, he got a call from the Japanese embassy.

Hollywood told The Washington Post that the spokesperson on the phone said: “‘Colonel Hollywood, we’re really pleased to tell you that we found your mother… She’s going to call you at this phone number in 10 minutes, and she doesn’t speak English. Good luck!’”

After finding an interpreter for the phone call, Hollywood finally got to speak to his mother, Nobue Ouchi, who was crying with joy.  He was stunned by her love after 45 years of separation.

As they talked, overwhelmed with emotion, the interpreter told Hollywood: “Well, tomorrow is your mother’s 65th birthday, and the birthday present that she dreamed of her whole life is that you would come back to her.”

He learned that it was she who had given him the name Bruce. They starting flying back and forth, learning each others’ languages, and over several years became very close.

He visited the bar and restaurant she had owned for decades in Shizuoka, Japan – and found out she had named it “Bruce.”

MORE: DNA Test Finds Long-Lost Brother at His Own College – And They’re Blown Away by Another Discovery

She also gave her son a slip of paper with his birth father’s name on it, and with that information Bruce was able to meet a new older brother who responded warmly to the outreach, saying he’d “always wanted a sibling.”

But, by far, the best moment of all must have been during that first call when the interpreter told Bruce that his mother never married because, she said, “in her heart there was only room for one man—and it was you, and she knew you would be back.”