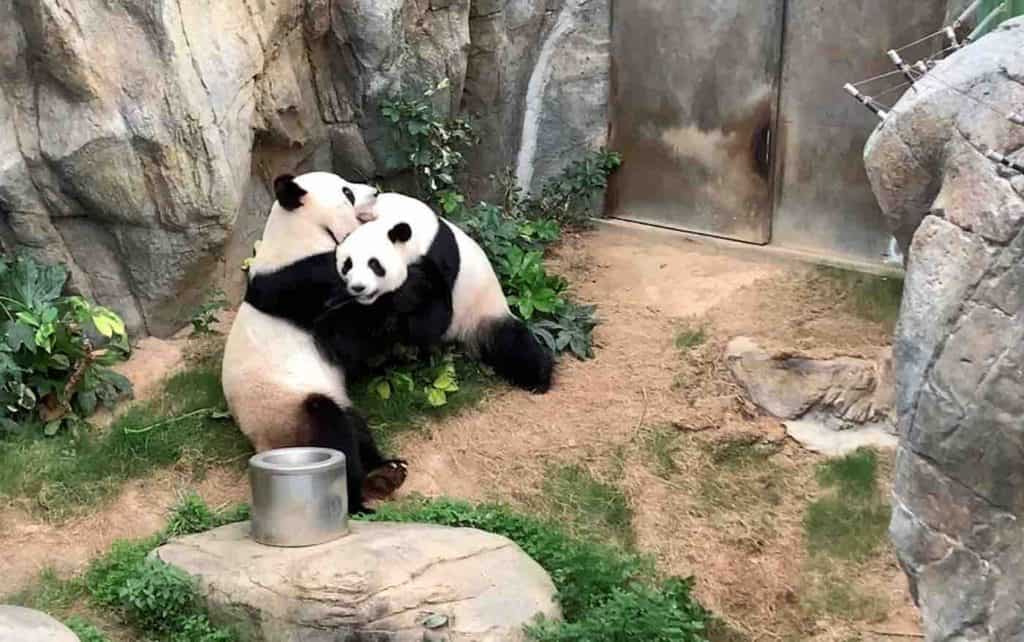 Conservationists are rejoicing over a newly-reported silver lining to the COVID-19 shutdowns—after 13 years of playing hard to get, these two giant pandas have finally mated.

Although Le Le and Ying Ying have been roommates at the Ocean Park Zoo in Hong Kong since 2007, the two pandas have never felt compelled to answer the call of the wild even though their resulting reproduction would help to preserve their vulnerable species.

In addition to female giant pandas having a “mating season” of just 24 to 72 hours of fertility per year, the bears reportedly have a notoriously non-existent libido.

RELATED: Hawaii’s State Bird Soars Back From Brink of Extinction After Only 30 Birds Left on Islands

So when Le Le and Ying Ying finally got intimate earlier this week, zookeepers were thrilled.

“Since Ying Ying and Le Le’s arrival in Hong Kong in 2007 and attempts at natural mating since 2010, they unfortunately have yet to succeed until this year upon years of trial and learning,” said Ocean Park Director of Zoological Operations Michael Boos. “The successful natural mating process today is extremely exciting for all of us, as the chance of pregnancy via natural mating is higher than by artificial insemination.”

CHECK OUT: Humpback Whale Population Bounces Back From Near-Extinction—From Just 450, to Over 25,000

Considering how Ocean Park has been closed to the public since January 26th as a means of curbing the spread of the novel coronavirus, Le Le and Ying Ying may have just needed some privacy from the usual slew of visitors in order to kindle a romance.

Regardless of their motivation, zookeepers will be monitoring Ying Ying closely over the course of the next year to see if she was successfully impregnated with a cub.