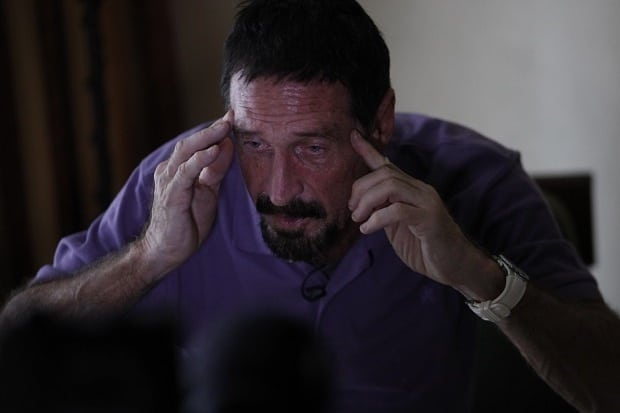 Everybodyâ€™s talking about ambient computing. And there is so much to talk about.

But with all this chatter comes confusion. People disagree on what ambient computing is, how it works and what itâ€™s for.

So letâ€™s bring clarity to this muddled and confused concept.

Ambient computing: Both hype and happening

First and foremost, ambient computing is not a technology.

When you talk about, say, â€œinternet computingâ€ or â€œwireless computing,â€ youâ€™re talking about a very specific set of technologies, protocols, standards and devices.

Ambient computing isnâ€™t like that. Itâ€™s not specific. But it does point to a profound shift in how business operates, how we get things done and, ultimately, human culture.

Future-focused companies in Silicon Valley are already jumping on the â€œambientâ€ buzzword.

A recent book called Beneath a Surface, by Brad Sams, is about Microsoftâ€™s plans. In the book. Sams claims that Microsoft is working on a dedicated ambient computing device he says will be able to sense the presence of the user and respond accordingly.

The device will fall under Surface branding and will be designed to fix whatâ€™s broken about the smartphone experience, without itself being considered a smartphone.

(Rumors suggest that Microsoft is working on a Cortana-powered speaker to replace meeting-room conference call systems, and some have called this an ambient computing device.)

In fact, the ambient computing buzzword has been around since the 1990s. But until recently, itâ€™s been more aspirational than accurate.

Hereâ€™s how to understand ambient computing.

At the dawn of the personal computing revolution, people â€œoperatedâ€ a computer. They sat down and did computing â€” often programming. Later, with the application explosion, operators became â€œusers.â€ People used computers for purposes other than programming or operating a computer â€” like balancing their checkbooks or playing video games.

All computing uses so far have required a cognitive shift from doing something in the real world to operating or using a computer.

Ambient computing changes all that, because it involves using a computer without consciously or deliberately or explicitly â€œusingâ€ a computer.

The most rudimentary ambient devices I can think of are the ones that lets you use motion control to turn on a light or open a door. These have been with us for decades, but as basic and common appliances they help us understand the future of the ambient computing revolution.

A motion system uses a specialized sensor to perceive human activity. When you walk up to the grocery store door or enter a room, the sensor perceives your presence and activates the door or the light or whatever. In this way, youâ€™re â€œusingâ€ the door or the light without using it. You can ignore it. The desired effect simply happens.

Motion control systems tend to be ambient, but theyâ€™re usually not computing devices.

Smart speakers like the Echo are among the first ambient computing devices most people have encountered.

Consider the subtle shift from using something like Siri on a smartphone â€” the only way to use virtual assistants a few years ago â€” to the use of a smart speaker like the Amazon Echo.

Another is the smart thermostat trend. The latest thermostats pay attention to how users set the temperature â€” as well as the time of day and whether anyone is in the house. And they use AI to adjust the temperature accordingly. Eventually, you can stop â€œusingâ€ the thermostat altogether. It seems as if the AI is controlling the temperature, but in fact the user is â€” without consciously using the device.

Now imagine the basic concept of motion-controlled doors and lights, smart speakers and smart thermostats on steroids â€” by which I mean advanced sensors, AI and technologies such as image recognition, voice recognition and machine learning.

Ambient means itâ€™s â€œin the airâ€ â€” the location of the device matters less. In fact, with ambient computing, the user doesnâ€™t even have to know anything about the devices to use them.

Ambient computing is really the combination and evolution of voice and in-the-air gesture interfaces, speech recognition, the internet of things, cloud computing, wearable computing, the quantified self, augmented reality, haptics and, above all, artificial intelligence and machine learning.

Yes, that sounds like a list of all the technologies. But what defines ambient computing is the effect on users.

What makes ambient computing ambient is that you donâ€™t explicitly shift your activity or mindset to act as a â€œuser.â€ Itâ€™s just there, guiding and nudging you along as you accomplish things in life.

Ambient computing devices will operate invisibly in the background. Theyâ€™ll identify, monitor and listen to us and respond to our perceived needs and habits.

So a good working definition of ambient computing is â€œcomputing that happens in the background without the active participation of the user.â€

Ambient computing is not a separate group of technologies, but instead any technologies that enable you to use computers and the internet without actively using them.

In 20 years, the idea of picking up a device or sitting down at a computer to actively use it will seem quaintly antiquated. All computing will be ambient â€” all around us all the time, whispering in our ear, augmenting the real world through our prescription eyeglasses and car windshields, perceiving our emotions and desires and taking action in the background to help us reach our business goals and live a better life.

Between now and then weâ€™ll all ride together on a very interesting journey from computers we actively use to computing resources increasingly acting in the background for us.

Weâ€™re also going to be flooded and overwhelmed by the â€œambient computingâ€ hype as, I predict, it will become one of the most overused and abused marketing buzzwords ever. Within the next year or two, â€œambient computingâ€ will be slapped on every kind of IT product, business service and integrated solution. Most of the time, the buzzword wonâ€™t really tell you all that much.

Ambient computing is both a very big deal (it will change our relationship with intelligent machines forever) and also really no big deal (itâ€™s just part of the continuing evolution of user interfaces that has existed since the beginning of computingâ€”the machines work harder to understand and help us and we work less hard to take advantage of them).

So get excited about ambient computing. But donâ€™t believe the hype.