If you are looking for good Halloween costume ideas which not so scary and most important suits all your family members, then consider Angry Birds Halloween Costume.Angry Bird is our favorite family game. My husband and my son frequently play this game during the weekend. It is a cute cartoon character and Angry Birds costumes are available in different sizes that sure can fit all your family members’ needs. Needless to say, you have options among red, black, blue, and yellow colors.To ease your online shopping, I category those choices based on the age group. You can also find the green color lovely pig costume here. If you have an infant at home, make sure you have a look at the Angry Birds costumes of small babies. They are so cute until my son said he wanted to grab one and keep for his young sister in the near future.#This post contains affiliate links. If you click a link and buy something I may receive some compensation. This does not change the price you would pay.#

Toddlers, age in between 18 ~ 36 months, are capable enough to express their favorite color or cartoon character. So, you might want to let your young one choose either to dress in Angry Birds or king pig costume.
If you have no time DIY one for your children, you may consider the following outfits made by polyester material. As the picture showed, it features a hood, a long-sleeved pullover with the Angry Bird’s face, and a lovely tuft of hair on the hood. Kindly take a note that pants and shoes are not included in this package. 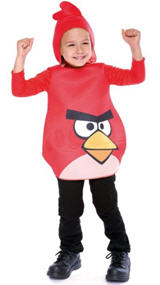 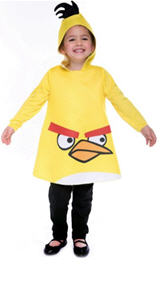 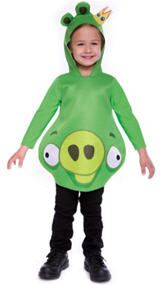 It is the fact that Angry Bird is one of the hottest video games that children and adults love to play. Hence, it is for sure that a lot of people will call your kid “Angry Bird” at Halloween party when they look at your kid wearing this costume.
My son loves the black color one because it is the most powerful character. He always chooses the chapter of the game which contains the black one because he likes the sound “bump”. What about your kids?

Honestly, my son seldom plays the newer version of the Angry Birds game. If I don’t mistaken, he just plays a few times the Star Wars version. Thus, he is not interested in Star Wars costumes. Anyhow, they are an ideal pick for a child who likes non-scary Halloween costumes with fancy design. 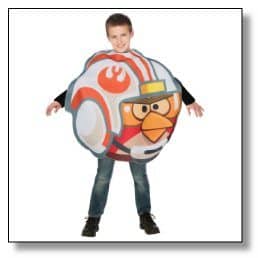 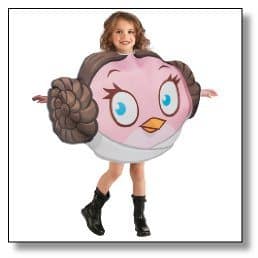 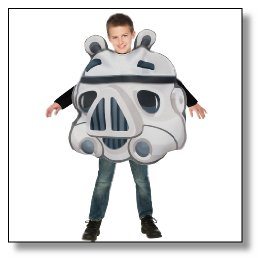 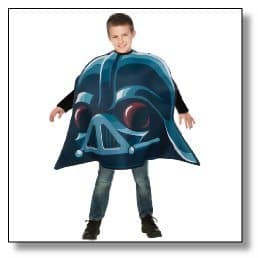 Is the Space Free the latest version of this particular game? I am not sure because my son seldom plays a video game recently. But, I believe there are people still playing this popular game on and off. If your kids like this Space Free version, it could be great Halloween costume ideas for them. 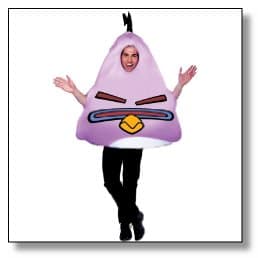 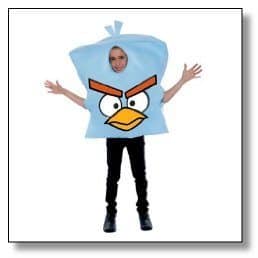 Those adult Halloween costumes presented above are made of 100% polyester as well. Similarly, they need a hand wash. Now, you can have a complete set of Angry Birds Costumes for your family members and get ready for the Halloween party. 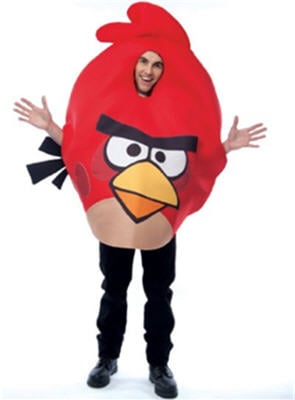 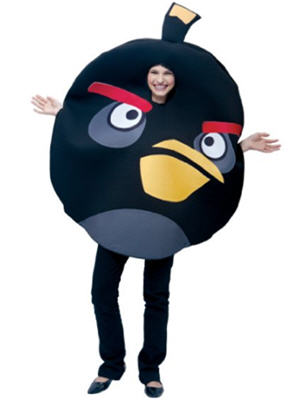 If your kids choose the Star Wars outfit, then you may grab the bigger size costume so the family members could wear the same dress to hit a fun Halloween party. 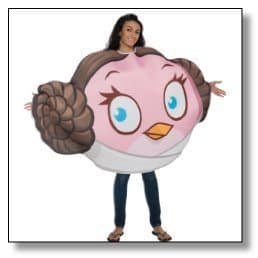 Would it be fun if a party hostess wears this kind of costume to welcome her guests? I think so. As it is not a scary outfit, thus it is suited to wear if there is any role-play party. 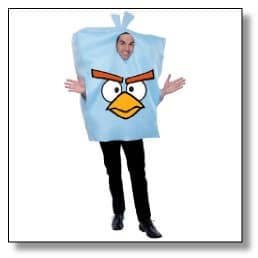 Visit us on Google for more about Angry Birds Halloween Costume.