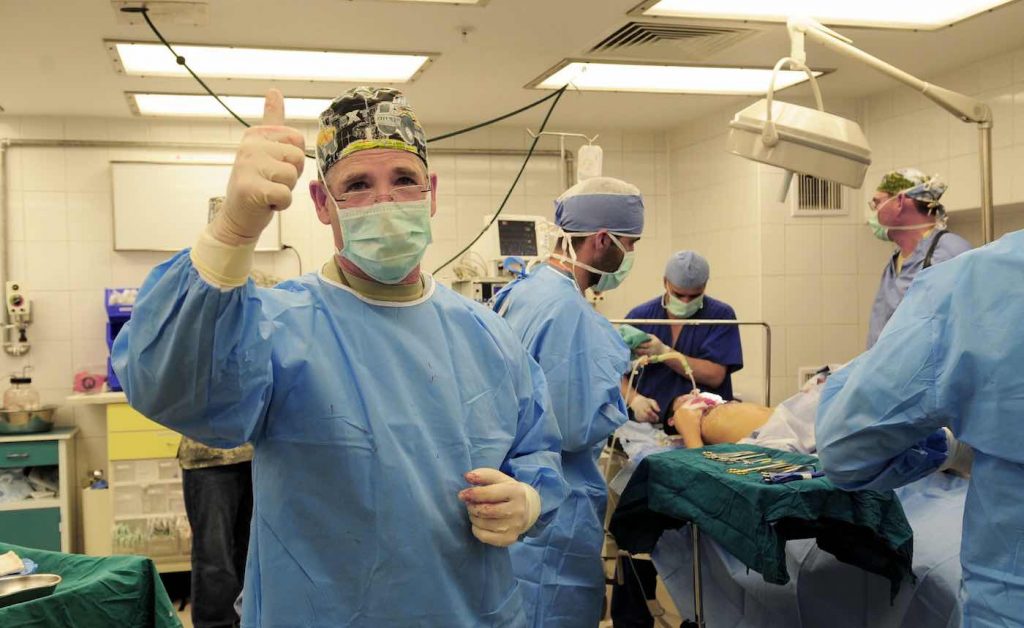 Last week, we published a list of ten positive updates on the COVID-19 outbreaks from around the world.

Since the article has been viewed millions of times, we thought we would go ahead and publish another round-up of optimistic occurrences to keep your spirits up.

So here is another list of reasons why the global situation is not as bad as the mainstream media might have you think.

Although there are still a number of logistical and financial hurdles that will need to be overcome in the race to deliver a COVID-19 vaccine to the public, WHO representatives say they are working with scientists around the world to test and develop 20 different vaccines.

“The acceleration of this process is really truly dramatic in terms of what we’re able to do, building on work that started with SARS, that started with MERS and now is being used for COVID-19 ,” Dr. Maria Van Kerkhove, the technical lead for WHO’s emergencies program, said at a press conference in Geneva last week, according to CNBC.

The collective body of research is particularly “remarkable” since the vaccines are in development just 60 days after a number of international scientists decoded the virus’s genetic sequence and shared it with the rest of the world.

One of the vaccines—which is already being tested on a number of American volunteers in Seattle—has already illustrated the “unprecedented speed” with which the medical community is working together to develop a vaccine.

A #USask research team and collaborating scientists from across the country have been awarded $1 million to develop animal models and test vaccine candidates for effectiveness and safety against the new #coronavirus. @VIDOInterVac https://t.co/SXanfcxgvs

Not only is this French fashion designer making her own face masks and giving them away for free, she is showing how other people can make their own as well. In North Carolina, a textile mill is gearing up to start making 10 million masks per week. A number of international fashion companies have also redirected their manufacturing teams to produce face masks as well.

Multiple businesses and schools have donated their recently rediscovered face mask treasure troves to hospitals in need. Other major tech companies such as Facebook and Apple are donating millions of masks and medical supplies to US healthcare facilities. Chinese companies are passing on their own stashes of face masks to European countries newly impacted by the virus. Taiwan is reportedly donating 100,000 masks to the United States.

Even medical TV shows have donated their medical supply props to North American hospitals in need.

3) As American Cities Close Up Amidst Outbreaks, Pollution Plummets

The United States is now benefiting from the same environmental silver lining to the pandemics as China and Italy: as cities encourage self-isolation, air pollution is plummeting.

Over the course of the last few weeks, satellite imaging has revealed significant reductions in air pollution—particularly across California, Seattle, and New York City.

According to CNN, environmental scientists are estimating that the improvement in air quality could collectively save as many as 75,000 people from dying prematurely.

In a stroke of genius, one scientist from the University of Minnesota says he went “full-on MacGyver” to build a makeshift ventilator in a matter of hours. Although his team has revised his design over the course of several prototypes with the hopes of eventually submitting it for FDA approval, he says that the inexpensive ventilator is one that he “would be comfortable with someone [using to] take care of me in an ICU or in an operating room.”

The compassionate medical research continues in Italy as a pair of engineers have taken it upon themselves to 3D-print free respirator parts for their local hospitals. As of last week, the Isinnova startup engineers told Forbes that they had successfully printed more than 100 parts.

Meanwhile, MIT scientists are publishing open-source instructions and research on how to build inexpensive ventilators.

“We are releasing this material with the intent to provide those with the ability to make or manufacture ventilators, the tools needed to do so in a manner that seeks to ensure patient safety,” they wrote. “Clinicians viewing this site can provide input and expertise and report on their efforts to help their patients.”

In addition to Italians singing songs and playing music together from their balconies, homeowners have begun projecting classic films onto building fronts for the neighbors to enjoy.

As a means of keeping self-isolated people amused during global shutdowns, many online services have made their services free to the public as well.

For starters, Amazon has unlocked more than 40 new children’s shows for all of their customers to watch for free, regardless of Prime membership. Audiobook platform Audible has also released a number of free audiobooks for users to stream from their devices.

“For as long as schools are closed, we’re open. Starting today, kids everywhere can instantly stream an incredible collection of stories, including titles across six different languages, that will help them continue dreaming, learning, and just being kids,” reads the Audible website. “All stories are free to stream on your desktop, laptop, phone or tablet. Explore the collection, select a title and start listening. It’s that easy.”

More than 2,500 art museums and galleries have also partnered with Google to offer free virtual tours and displays of their collections to art lovers around the world.

If you prefer cuter online content, then you can check out this handy list of zoos and aquariums offering livestreams of their animal residents.

6) More Than 100,000 People Have Already Recovered From the Virus Worldwide

According to research from Johns Hopkins University, more than 100,000 COVID-19 patients have already made full recoveries from the infection—and that number may very well climb ever higher as more and more potential treatments are tested around the world.

If that’s not enough, patients as old as 90 have managed to recover from the virus as well.

As Chinese cities gradually reopen to the public now that they have gotten the virus under control with less than 10 new infections reported each day, other countries are expected to experience similar recoveries during the coming months.

According to a recently-published interview with the Los Angeles Times, Nobel laureate and Stanford biophysicist Michael Levitt has been “remarkably accurate” in predicting China’s recovery from the virus since he began researching the infection rates back in January.

Levitt, who won the 2013 prize for developing complex chemical models of calculation, says that as long as countries continue to practice safe self-isolation measures, the numbers show that they are already beginning to experience slow signs of improvement.

“What we need is to control the panic,” he told the news outlet. “We’re going to be fine.”

From Michelin-starred Chef José Andrés to the Bill Gates Foundation—millions of dollars are being donated to novel coronavirus research and charities feeding families amidst the shutdowns.

It’s hard to quantify just how many resources are being contributed to the cause, but suffice it to say that it’s a lot—in fact, here’s just a quick list of celebrities giving back to their communities that we published last week.

Oakland is closing schools bc of COVID-19. We support this decision but are concerned a/b the 18,000+ kids that rely on school for 2+ meals daily. @eatlearnplay is donating to @ACCFB to ensure every child has access to the food they need. Join us & donate https://t.co/nDqF7OoO0Z pic.twitter.com/nFp0w1eFqH

9) No Matter Where You Look, People Are Being Kind to Each Other

People and small businesses are delivering groceries to their elderly neighbors in self-isolation; kids are caring for the homeless; social media users are setting up “caremongering” groups to support each other and share helpful information; people are sharing their toilet paper with community members.

There are even more stories of kindness and compassion being reported from around the world every day—so remember to keep your chin up during the weeks ahead and remind yourself that this situation might not be as terrible as your social media feed might have you believe.