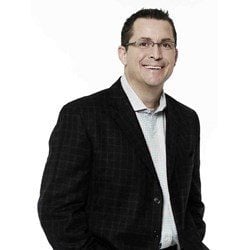 For the last couple of years, I have been warning of massive inflation that is likely to occur in the next several years. This is primarily due to the unsustainable level of debt and spending on the part of the federal government. The real risk of reckless spending will impact us all. Itâ€™s a major systemic problem, and thereâ€™s no likely fix on the horizon.

Now, there is a new danger on the horizon: food inflation caused by the severe drought that is impacting much of the country this summer. Daily-journal.com reports:

U.S. consumers may pay 3 percent to 4 percent more for food next year, as the effects of the country’s worst drought since the 1950s work their way onto supermarket shelves, the Department of Agriculture said Wednesday in its first forecast for 2013.

Beef may rise as much as 5 percent in response to tight supplies of corn, which is used to feed cattle, the USDA said in a report on its website. The price of the grain, the country’s biggest crop, has surged more than 50 percent since June 15. Food prices will rise 2.5 percent to 3.5 percent this year, the agency said, leaving its 2012 estimate unchanged.

Corn and soybean futures both reached record highs this week on the Chicago Board of Trade, and wheat touched its highest since 2008 as the dry conditions worsened in the Midwest and Great Plains. The drought that prompted the USDA to declare natural disasters in almost 1,300 counties in 29 states — about a third of the country’s total — may lead to the smallest corn harvest since 2006, Doan Advisory Services Co. said July 23.

“The transmission of commodity price changes into retail prices typically takes several months to occur, and most of the impact of the drought is expected to be realized in 2013,” said Richard Volpe, the USDA’s food economist, wrote in a note accompanying the forecast.

Higher commodity prices may affect everything from meat purchased by McDonald’s Corp. to the grain bought by General Mills Inc. to the sweeteners used by Coca-Cola Co.

What does food inflation mean to you? Well, if food costs rise 6% annually, Â you will soon have to pay over $600 to get the same amount of groceries as you could get today for $300. Of course, inflation wonâ€™t be limited just to food. Gas prices are expected to skyrocket, along with many commodities. Everyday products and services will rise in price dramatically just to keep pace.

In short, you CAN Out-Fox Inflation! If your portfolio isnâ€™t protected against inflation, you wonâ€™t be able to maintain your desired lifestyle adjusted for inflation in the future. Hereâ€™s the good news: we can help you protect yourself against imminent inflation. Learn to earn 3-5% MORE than the rate of inflation as our clients have done. Get started on Your Personal Protected Pension Plan today! Email Millie, our Client Concierge, at [email protected] or phone her at (866) 998-7699.Â  Please provide Millie with the two best times to contact you. Due to the continuing economic volatility, we are currently experiencing a high volume of inquiries. Providing two contact times will insure that she is able to reach you.