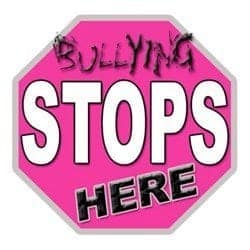 Why do people bully

It provides these kids with a sense of power! Much of the conventional wisdom youâ€™ve heard about the causes of bullying is wrong.

One of the common myths, for example, is that bullies victimize others because theyâ€™re loners who suffer from low self-esteem.

In reality, researchers have found that kids who bully others often have average or even above-average levels of self-esteem. Bullies often have good leadership skills, have an easy time making friends, and therefore have large friendship networks

1. Bullies have a strong need to be in control and exert their dominance over others

Children who bully others are often driven by the desire for power. They can be impulsive, hot-headed, and dominant, and they enjoy being able to subdue others.

â€œWhen children are involved in bullying as the aggressors,â€ explains Debra Pepler, Distinguished Research Professor of Psychology at York University, â€œthey are experiencing regular lessons in how effective it can be to use their power aggressively to control and distress others.â€

2. Bullies are rewarded for their bullying behaviors

It may seem counter-intuitive, but the fact is that children often receive positive reinforcement when they bully others, which only makes them continue their behavior.

The rewards could be material, such as when a bully forces his victim to give up lunch money. But the rewards could also be less tangible. Bullies often enjoy status and prestige because others fear them. They also command a lot of attention for their behavior.

One recent large-scale study found that children who bullied others did so because they wanted to increase their popularity. To avoid losing social status, they deliberately selected victims who were unpopular.

3. Bullies lack empathy, and may even get pleasure out of other peopleâ€™s pain

Studies shown that bullies score low on tests of empathic reactivity, and have also found that bullies can be more likely to develop anti-social personality disorder. This is a condition that causes people to ignore the rights and feelings of those around them.

One study scanned the brains of young people who had exhibited bullying behaviors in the past, while they were watching videos that showed people experiencing pain. The researchers noticed a great deal of activity in the areas of the brain devoted to reward and pleasure.

This suggests that itâ€™s not just a lack of empathy thatâ€™s the problem. Some bullies may actually derive pleasure out of seeing other peopleâ€™s pain.

The same researchers who conducted the brain scan study made another surprising discovery: the parts of the bulliesâ€™ brains that allows them to self-regulate their emotions were inactive.

This suggests that bullies simply donâ€™t have a way to control their anger and frustration, which may result in severe overreactions to small provocations.

5. Bullies are heavily influenced by their family backgrounds

Itâ€™s impossible to predict who will become a bully and who wonâ€™t, but researchers have found some patterns in the types of families bullies have. North Dakota State University professor Laura DeHaan sums up the findings as follows:

â€œBullies tend to come from families that are characterized as having little warmth or affection. These families also report trouble sharing their feelings and usually rate themselves as feeling less close to each other. Parent of bullies also tend to use inconsistent discipline and little monitoring of where their children are throughout the day. Sometimes parents of bullies have very punitive and rigid discipline styles, with physical punishment being very common. Bullies also report less feelings of closeness to their siblings.â€