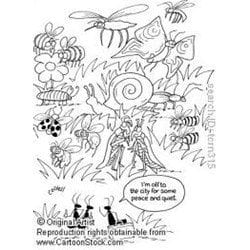 Growing up in a small town in South Carolina in the 60’s and 70’s, I once thought that city life was just that, city. I had no idea, or clue for that matter, that there was country in ‘the city’. What I really mean is that we ( I’m sure my friends thought the same thing ) couldn’t fathom there being any kind of agriculture or farming of any kind ‘up north’. When you left our small world ( and at the time it seemed huge ), everything, pretty much, was city to us. And for a lot of folks who never leave home ( they pretty much haven’t been anywhere significant ), they don’t know of the world outside their world. Plus, the fact that television wasn’t anything like it is now ( you can see the world through television ), where were we going to learn about the outside world? In the text books, if you took the time to read them, and I did that extensively, but I still was ignorant about the goings-on up north. It wasn’t until I had gotten out of the house ( I joined the Air Force ) that I got a chance to see all that I had been missing. I’ve been pretty much around the world. I’ve been to Maui, Hawaii and I’ve been to England. I’ve been all over the U.S., and there are only a few major places that I’d like to visit in my upcoming years. Hopefully, before I’m dead-and-gone, I want to circle the world. Talk about a long way from home. But, as kids, we thought that agriculture and farming as a whole were all ‘down south’ ventures. I didn’t even think that wild animals lived up north, anywhere. I live in the Detroit metropolitan area now, and I swear I’ve seen more wild animals, inside the city limits, than I did as a kid down south. I’m still a little in awe about that. However, I haven’t seen any cotton or tobacco fields, or snakes, or gnats. Oh yeah, down south has all the bugs. I guess even the bugs don’t like the northern winters ( I’m with the bugs on that accord ). I’m guessing those are southern mantras. Thank God I got out of the house, though. You wouldn’t have been able to convince me back then that Indiana grows more corn than they do down south. I’ve seen it for myself. Thank God I’m a country boy. But, that’s just my opinion. What’s yours?