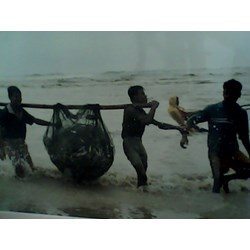 Are you well paid?

Are you getting paid or paying tool little or too much?

An executive compensation survey is of consuming interest to most mangers, because they are curios to know how their pay stacks up with the pay of counterparts in other companies or countries. Less often, they want to find out whether they’re underpaying or overpaying subordinates. So, in this article we are focusing a compensation survey. From data provided by business internal, a management information company with facilities in 75 countries, our editors has worked out a condensed presentation of executive compensation in eight Asian counties – South Korea, Taiwan, Hong Kong, the Philippines, Thailand, Malaysia, Singapore and Indonesia. Since compensation is meaningless without some idea of its purchasing power, the charts include one on executive living costs in the capital cities of those countries.

Purchasing power is the name of the game for the vast majority of mangers. According to one survey, for example, an executive in Hong Kong who gets paid US$ 46,000 per annum has twice the purchasing power of his counterpart in Tokyo who takes in about $ 104,000. In another survey Japanese CEOs came in third best paid in the world after US and Swiss CEOs, but dropped to sixteenth place when purchasing power was considered.

In countries where the local currency has strengthened against the US dollar, such as Japan and South Korea, the effect on purchasing power can be severe. Thus, as Fortune points out the average salary of Japanese CEOs is $ 240,000 while Korean CEOs get between $ 80,000 to $ 130,000. But when these salaries are divided by the cost of living in each country, the financial positions are dramatically reversed. Using Hong Kong’s cost of living as a base index of 100, the executive living in Osaka or Kobe with an index of 262 gets only $ 91,600 worth of purchasing power from his salary $ 96,000 if he’s based in Tokyo, while the executive in Seoul (114) is better off with $ 70,000 to $ 114,000.

These are of course rough calculations, requiring the factoring in of taxes, inflation rates, housing, schooling, as well as executive perks. The point is that these days, executives must take into account, not only what they get paid, but also what they can buy with it.