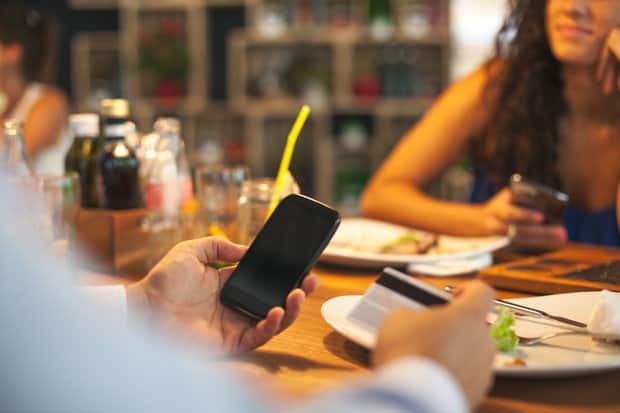 When eBay recently started giving customers the option to move away from paying with PayPal â€” which eBay, of course, used to own â€” to other methods including ApplePay, something interesting happened: About 12% of all of the ApplePay-eligible shoppers (they own an ApplePay-capable mobile device) moved to ApplePay, according to figures released by eBay.

This is one of those stats that both shows continuing momentum for ApplePay and mobile payments in general (no Android option has been offered yet by eBay) and also illustrates the problem with moving ApplePay meaningfully beyond the 10%-12% of eligible users where it has been plateaued for a few years. OK, in this context, I could have been meaner and said “stuck.”

The challenge for ApplePay is that, while it boasts how effortless it is, there is a non-trivial amount of friction in its initial setup. Let’s not forget that all of today’s mobile payments are not really payment systems. They are instead conduits for some other payment system, often a Visa or MasterCard payment card. In short, they are simply a digital way to route payments to that other payment method.

That means that when a user is given the choice to set up a new payment mechanism â€” which is what eBay did here â€” it’s not any easier to set up ApplePay than to set up the payment card directly.

What, then, are the reasons to set up a mobile payment? (Note: eBay only offered one mobile payment choice in the current experiment, but it is considering adding some Android options in the near future, eBay Payments vice president Alyssa Cutright said in aÂ ComputerworldÂ interview.) The answer is very different in the physical world â€” using mobile in a store a user physically visits â€” than in the online world.

In the physical world, if we assume that the user already has the phone in hand, mobile payment is far easier once it’s set up. This becomes increasingly true as EMV chip payments slowly dominate in-store transactions. EMV transactions take longer than do magstripe payments. That’s likely to still be the case even after merchants more fully adopt faster versions of EMV acceptance.

But in the online world â€” where eBay does its thing â€” ApplePay, even after it’s been fully set up, is not any meaningfully easier than a saved payment card. And therein lies the problem. Once the cool whizbang effect wears off, mobile payment methods offer little to no reason to use them. I have argued for years that a few solid discount efforts would make a huge difference, such as Apple investing (or getting merchant partners to invest) so that they can say, “You can buy it buy it directly with a payment card for $50, but if you use ApplePay, you’ll get an automatic discount so that you’ll only pay $35.”

Remember that for such a discount program to work, it doesn’t need to last forever. Just one year or so of meaningful discounts will deliver a lot of new signups. Once the signups hit the desired target, discounts can be scaled back for existing users while retained for a new user’s first x number of purchases. Eventually, discounts can be abandoned entirely, and market forces can fight it out from there.

That, however, is not where we are today. With no discounts, mobile payments make the barest difference online. Let’s get back to in-store. Why are the mobile payment stats woefully plateaued in-store, with some 85%-90% of eligible mobile users not bothering? With no across-the-board discount program (there have been a few isolated discounts offered for specific campaigns, but that’s not even close to being enough), the focus is back on friction. The initial mobile payment setup needs to be close to effortless, and it’s not.

Granted, it only takes a couple of minutes, but shoppers don’t see much of a reason to try. Also, the biometric authentications Apple uses are simply not that simple. FingerID was getting pretty good when Apple abandoned it to go entirely facial recognition. The biggest drawback with facial recognition is that the users needs to position their face a precise distance from the screen for it to work. Just a few millimeters too close or too far and it fails. This is with no guidelines, such as the screen saying “get a little closer” or “pull back about an inch.”

When the shopper is standing in a crowded line during holiday crowding, they will show little patience for repeatedly having to play with facial-recognition distance.

Given all that, are eBay’s numbers good news for mobile? Not really, but,Â given that eBay is all online, they could have â€” should have â€” been a lot worse.