150 years ago today, The Metropolitan Museum of Art was chartered by the state of New York. The new institution started with nothing, unlike other world-famous museums born from royal collections. Today The Met is the largest museum in the world by area, at 2.2 million square feet, and owns some 1.5 million objects covering 5,000 years of art history.

Temporarily closed down last month amid the COVID-19 pandemic, The Met had planned to celebrate its anniversary with a year-long roster of events. The centerpiece is an immersive, thought-provoking journey through 250 superlative works of art of nearly every type.

This postponed exhibition, Making The Met, is set to be organized around the transformational moments and visionary figures that propelled the evolution of the Museum’s collection, buildings, and ambitions from 1870–2020. Though the space is not physically open this month, many of The Met’s offerings are available on their website, including The Met 360° Project, which allows viewers to virtually explore the iconic spaces of its building at 1000 Fifth Avenue. SEE what they’ve organized for self-isolating art lovers at home… (1870)

The iconic cultural institution is currently sharing programs on social media with the hashtag #MetAnywhere—along with activities such as #TuesdayTrivia, #MetSketch, #CuratorChat, and #AllByYourShelf, which highlights a different book that you can read online.

And on this day in 1967, the spy comedy film Casino Royale hit movie theaters. 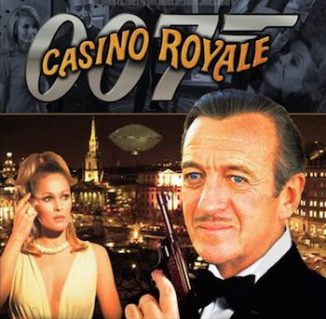 Loosely based on the first James Bond novel by Ian Fleming, the satire features Peter Sellers and David Niven both playing 007, who is forced out of retirement to investigate the deaths of international spies with a plan that has six agents pretending to be James Bond. Also starring Orson Welles and Woody Allen, the farce, co-directed by John Huston, was a financial success, grossing over $41.7 million, with a musical score by Burt Bacharach that earned him an Oscar nomination for the song “The Look of Love”.

And, on this day 277 years ago, Thomas Jefferson, the American Founding Father, principal author of the Declaration of Independence and third U.S. President, was born. As a scientist, philosopher, farmer, self-taught architect and inventor, he was especially proud of his three years of legislative work to pass the Bill for Establishing Religious Freedom in Virginia. 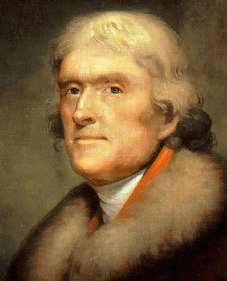 He was conversant in French, Greek, Italian, Latin, and Spanish, and founder of the University of Virginia, unique in his time for being centered around a library rather than a church to reinforce the principle of separation of church and state. (1743)

Jefferson doubled the size of the US during his presidency, orchestrating the acquisition of the vast Louisiana Territory from France, and sent out the Lewis and Clark Expedition to explore the new west. Though considered the greatest US president, he did have his flaws, one being personal money management, another being slavery. As long as he lived, he expressed opposition to slavery, yet he owned hundreds of slaves to run his 5000 acre farm, and freed only a few of them. (Ken Burns produced an amazing documentary about this extraordinary man.)