40 years ago today, 84 year-old George Burns, the comic entertainer who starred in the movie Oh God and won a supporting-actor Oscar for his performance in The Sunshine Boys, became the oldest person to have a hit on the Billboard Hot 100 when ‘I Wish I Was 18 Again’ peaked at No.49 on the chart.

And, on this day in 1986, Vladimir Horowitz, one of the world’s greatest pianists, returned to his Russian homeland, after 61 years away, to perform for an emotional audience in his hometown of Moscow. At the age of 82, Horowitz gave one of the most emotionally astonishing and riveting performances of his life. (Audio CD)

Charles Kuralt featured the historic recital on his Sunday Morning TV show, along with footage of Horowitz’s return to his native Soviet Union. To say that this concert was an emotional experience is an understatement, and a lesser pianist might have wilted under the pressure, but he seemed ecstatically inspired to be playing once again for his fellow Moscovites.

Also on this day, Danica Patrick won the Indy Japan 300 becoming the first female driver ever to win an IndyCar Series race. Considered to be a pioneer for women in motorsports, Patrick’s achievements allowed her to break the gender barrier in a predominately male industry and become influential for many women who have taken up a career in auto racing since then. (2008) 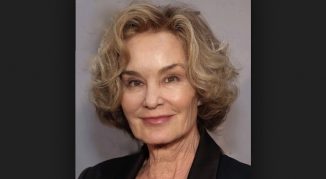 Happy 70th Birthday to Jessica Lange, the 13th actress in history to achieve the Triple Crown of Acting, winning an Academy Award (2), Primetime Emmy (3), and a Tony Award (for Long Day’s Journey into Night) all in one career. She is tied as the sixth most Oscar-nominated actress in history and has won 5 Golden Globes for productions like Tootsie, Frances, Blue Sky, Grey Gardens—as well as television accolades for American Horror Story.

She made her professional film debut in Dino De Laurentiis’ 1976 remake of King Kong, for which she also won her first Golden Globe Award for New Star of the Year. Also a Goodwill Ambassador for the United Nations Children’s Fund (UNICEF), Lange received three more Oscar nominations for Country (1984), Sweet Dreams (1985) and Music Box (1989), before winning her third Golden Globe Award, and the Academy Award for Best Actress for her performance as a manic depressive housewife in Blue Sky. (1994)