80 years ago today, to rally the morale of his countrymen following a great military failure, when 338,000 British troops had to evacuate Dunkirk, leaving neighboring France in the grip of Nazi control, British Prime Minister Winston Churchill delivered his famous 12-minute “We shall fight on the beaches” speech.

The newly appointed prime minister needed to decide whether to negotiate with Hitler or fight on against incredible odds. His speech needed to balance the frightening reality with his desire to inspire hope and optimism—and his actions in the next four weeks of 1940 would cement his legacy as a courageous leader who changed world history. WATCH a portrayal of the speech by actor Gary Oldman who won an Oscar for playing Churchill in the 2017 film Darkest Hour… (1940)

And, on this day in 1967, the Jimi Hendrix Experience played a performance at London’s Saville Theatre that was ‘bold as love’.

The Sgt. Pepper’s album had just been released several days prior, and two Beatles — Paul McCartney and George Harrison — were in attendance at the show, along with a roll call of UK rock stardom, including Eric Clapton, Spencer Davis, and Jack Bruce. In a courageous and brilliant display, Hendrix chose to open the show with his own rendition of Sgt. Pepper’s Lonely Hearts Club Band, crafted thirty minutes before taking the stage.

And on this day in 1984, Bruce Springsteen released ‘Born In The USA’, which became the best-selling album of the year in the US (and also Springsteen’s most successful album ever). 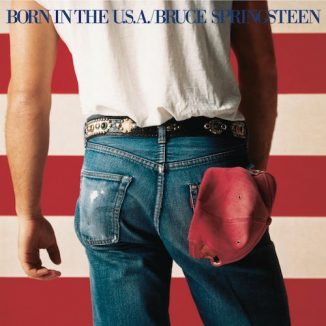 The LP produced a record-tying string of seven Top 10 singles–tied with Michael Jackson’s ‘Thriller’ and Janet Jackson’s ‘Rhythm Nation 1814’. The seven chart-climbing singles were: Dancing in the Dark, Cover Me, Born in the U.S.A., I’m on Fire, Glory Days, I’m Goin’ Down, and My Hometown. Another well known song from the LP is ‘No Surrender.’ Finally, many people don’t know that the photographer who took the iconic cover was Annie Leibovitz.

Also on this day in 1919, the Nineteenth Amendment to the US Constitution was passed by Congress, prohibiting any local or federal government from denying women the right to vote based on sex. Several attempts to pass such an amendment failed until 1919, when suffrage activists, including Susan B. Anthony and Elizabeth Cady Stanton, swayed public opinion and pressed President Woodrow Wilson to call a special congressional session that could address the issue. The bill passed in the House 304–89, and in the Senate 37 Republican senators joined 19 Democrats to pass the amendment 56–25.