Happy 75th Birthday to John Fogerty, the singer-songwriter who, with his brother Tom, founded Creedence Clearwater Revival. The band had nine Top 10 singles and 8 gold albums in just four years after their first hit in 1968. After his renown songs—Proud Mary, Down on the Corner, Who’ll Stop the Rain, Bad Moon Rising, Fortunate Son, and the baseball anthem, Centerfield—CCR parted ways in 1972, and Fogerty began a successful solo career.

While self-quarantining together this month, John and his family have found solace in their home studio to create some music together: “We are having a little family fun together during the pandemic. It’s such a great feeling to be making and playin’ music surrounded by love,” wrote John on YouTube. “We all need to celebrate the life we have and remember how precious it is. Makes everything feel better for me.”

Together with his kids, Shane, Tyler, and Kelsy, they chased the quarantine blues ‘around the bend’, covering the CCR hit Up Around the Bend, from their fifth studio album which turns 50 in July. The 1970 LP, entitled Cosmo’s Factory, also included other chart-topping hits, like Lookin’ Out My Back Door and Who’ll Stop the Rain. WATCH The Fogerty Family jam… (1945)

A solar powered Ferris wheel premiered at the amusement park on the Santa Monica Pier, arrayed with bright lights, and 75% more energy efficient than the old wheel, which was auctioned on eBay for $132,400. (2008)

On this day in 1892, The Sierra Club was founded in San Francisco by John Muir. The Club became the largest and most influential grassroots environmental organization in America. 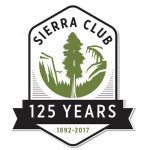 Its original mission was to protect California’s Sierra Nevada mountains from excessive mining and logging. They have since protected 250 million acres of wilderness—including Yosemite National Park—and helped establish the Sequoia National Park, home to the giant trees that are the largest living things on Earth, found naturally nowhere else on Earth.

Arguably the Sierra Club’s most renowned preservation victory was leading the fight to prevent the Grand Canyon from being dammed in the 1960s. The ensuing years saw the organization broaden its mission to protecting clean air, clean water, and endangered species, and in the 21st century it is spearheading the effort to transition the United States from climate-disrupting fossil fuels to clean, renewable sources of energy. The Sierra Club today counts 3 million members and supporters in 64 chapters, in every state plus Puerto Rico.

Happy 76th Birthday to Gladys Knight, the singer, songwriter, actress, businesswoman, and author. She won two Grammys in one year with her group Gladys Knight & the Pips in 1973—for Midnight Train to Georgia and Neither One of Us (Wants to Be the First to Say Goodbye). That’s What Friends Are For was another No.1 hit, and you may remember Best Thing That Ever Happened To Me. (She also had 11 #1 R&B singles, and six #1 albums, resulting in seven Grammys total.) She sang the theme song for the James Bond film License to Kill and is listed as one of Rolling Stone magazine’s 100 Greatest Singers of All Time. She still tours to this day… (1944)