On this day 100 years ago, Jack Webb was born. The actor, screenwriter, director-producer created the iconic police franchise Dragnet, and starred as the Los Angeles detective Sgt. Joe Friday. The series was based on real cases from LAPD police files and featured authentic depictions of cops and their daily work in the 50s and 60—which were portrayed like the working-class heroes they were. Webb also wrote The Badge: True and Terrifying Crime Stories that Could Not Be Presented on TV, from the Creator and Star of “Dragnet”. He also launched a spin-off called Adam-12, which ran for seven successful seasons, and later Emergency!, which ran for six.

After dying of a heart attack at age 62, he was given a funeral with full LA police honors and the city retired badge number 714 in honor of Joe Friday. Mayor Bradley ordered all city flags lowered to half staff and Webb was buried with a replica LAPD badge (714) with the rank of sergeant. WATCH the precision of his acting in ‘What is a Cop?’, his famous speech from ‘The Big Interrogation’… (1920–1982)

Webb also loved playing jazz on his cornet, and had a collection of more than 6,000 jazz recordings.

“The story you are about to see is true. The names have been changed to protect the innocent,” is how each Dragnet episode would begin. The one below featured a very young Kent McCord who would one day co-star in Adam-12. And, if you keep watching the next video, Jack Webb is joined by actor Harry Morgan playing Officer Bill Gannon talking to hippies in the late 60s about disliking America.

And, on this day in 1974, the egg-rolling race, famous to all modern White House Easter celebrations, was first introduced. With spoons borrowed from the White House kitchen and hard-boiled eggs (prepared and dyed by the White House chefs), children push and roll the eggs on their way to the finish line. This year, more than 30,000 people took part in the event, with the First Family’s dog, Bo, the main attraction.

And, on this day in 1968, 2001 A Space Odyssey directed by Stanley Kubrick made its world premier in Washington, DC. Considered by critics and directors to be one of the top 10 best films of all time, the adapted screenplay, which features an AI computer named “Hal”, was co-authored by the writer and futurist Arthur C. Clarke. Lauded for its pioneering special effects, philosophic themes, memorable music, and scientifically accurate depiction of spaceflight, the film was nominated for four Academy Awards, including Best Director and Best Screenplay—and it won for visual effects. 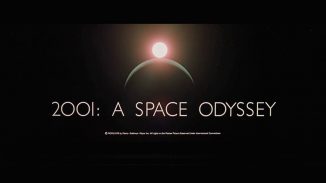 And on this day in 1939, the soul singer-songwriter and musician Marvin Gaye was born in Washington, DC. ‘The Prince of Motown’ helped to shape the sound of the 1960s with a string of hits, like I Heard It Through the Grapevine (the best selling Motown hit ever). The pianist’s 1970 composition What’s Going On, written about an act of police brutality at an anti-war rally, was called “too political” for radio by Motown founder Berry Gordy who refused to release it. Gaye responded by going on strike from recording until the label released the song. It reached No. 1 and sold over two million copies. It was the title track of the LP that Rolling Stone hailed as ‘Album of the Year’, which also yielded two more top 10 singles, including Mercy Mercy Me. But, Marvin Gaye’s epic career was far from over, even though he was killed at age 45 by his preacher father. 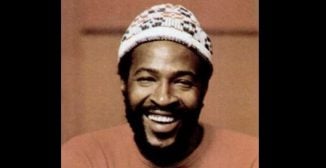 Gaye’s next LP, Let’s Get It On, stayed on the charts for two years and sold over three million copies. His following albums contained, I Want You and Got to Give It Up, two more No. 1 hits. After a nasty break-up with Motown records, Gaye recorded “Sexual Healing” with CBS – one of his biggest hits ever and a double Grammy winner. Unfortunately, a relapse of cocaine addiction spurred him to move in with his parents in Los Angeles, where, in 1984, his dad fatally shot him after Marvin tried to intervene in a family fight.