On this day 210 years ago, Beethoven composed one of his most popular compositions—the famous piano piece, Für Elise. Undiscovered until 40 years after the composer’s death, the Bagatelle in A Minor is commonly performed by young piano students.

Schroeder played it in the Peanuts TV special, A Charlie Brown Christmas.

Musical scholars disagree on who the mysterious “Elise” was, the person for whom the piece was dedicated. LISTEN to the 3-minute masterpiece…  (1810)

Happy 61st Birthday to Sheena Easton, the Scottish singer-songwriter whose first two singles Modern Girl and 9 to 5 both entered the UK Top Ten at the same time. 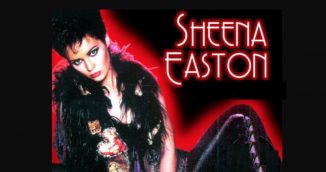 With the Academy Award-nominated James Bond movie theme For Your Eyes Only, she won the Grammy Award for Best New Artist of 1982, and went on to win five U.S. Gold albums. (1959)

And, on this day in 1992, Betty Boothroyd, who was born to textile workers, became the first woman—and to date, the only woman—in its 700-year history to be elected Speaker of the British House of Commons. (SEE her 2001 memoir here.) 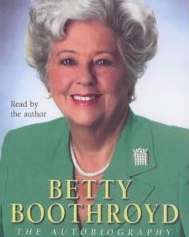 On this day in 1994, the first South African general election was held in which black citizens were allowed to vote. It marked the end of a four-year process to abolish apartheid—and the people elected Nelson Mandela, a former political prisoner of 28 years, to be president. For a quarter century, the day has been marked annually as a public holiday.

Also, on this day in 1956, Rocky Marciano retired as undefeated boxing champ at age 32, becoming the only person to hold the heavyweight title without a tie or defeat during his entire career. 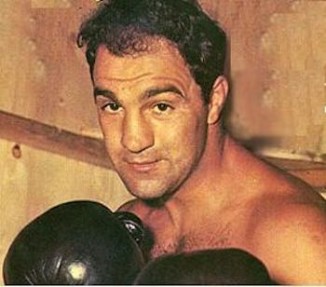 Born to Italian immigrants in Brockton, Massachusetts, he worked out as a youth on homemade weightlifting equipment at home and dropped out of school in the tenth grade. While in the Army, he won the 1946 Amateur Armed Forces boxing tournament. Known for his relentless fighting style, stamina, and an iron chin, Marciano has been ranked by many boxing historians as one of the best heavyweight boxers of all time. His knockout percentage of 87.75 is one of the highest in heavyweight history.

Marciano was the inspiration for the title character Rocky Balboa from Sylvester Stallone’s Rocky film series. The character Rocky dreams of becoming like his idol Rocky Marciano and is given a boxing glove necklace made from a cuff link given to him by his trainer Mickey, who had received it from Marciano. (Books and Films on Rocky)