On this day 100 years ago, the ACLU was founded to focus on freedom of speech, primarily for anti-war protesters in response to controversial raids that saw thousands arrested in matters which violated their constitutional protection. It soon expanded its scope to include protecting the free speech rights of artists and striking workers, and partner with the NAACP to decrease racism and discrimination. Many of the ACLU’s cases involved the defense of Jehovah’s Witnesses, and also focused on Native American rights. The group defended Japanese-American citizens relocated to internment camps—and during the Cold War, defended members of the Communist Party.

Officially nonpartisan, the organization has been both supported and criticized by liberal and conservative organizations alike. With its annual budget of $100 million and local affiliates in all 50 states, the ACLU provides additional legal support to oppose the death penalty and torture; support same-sex marriage and the rights of LGBT people and minorities; support birth control and abortion rights and the rights of prisoners; and it advocates for the separation of church and state.

The ACLU was involved in the Miranda case, which addressed conduct by police during interrogations, and in the New York Times case, which established new protections for newspapers reporting on government activities.

In the 21st century, the ACLU has fought the teaching of creationism in public schools and challenged some provisions of anti-terrorism laws that infringed on privacy. By 1964, the ACLU had 80,000 members, but membership spiked after the 2016 election, rising to more than 1.2 million. (1920)

And, on this day 25 years ago, Greenpeace activists bolstered by international pressure forced UK’s Shell Oil into a dramatic reversal of its decision to dispose of a massive oil rig by submerging it beneath the sea.

After changing its mind, Shell moored the rig and began dismantling the structure at a cost of £43m, compared to a cost of £4.5m to dump the structure under the sea. The scrap was eventually used to build the foundations of a new ferry terminal. The public outcry led to a change of management and a revamp of Shell’s ethical standards. On top of that, all the governments of the north east Atlantic region agreed afterward to ban future dumping of steel-built oil installations. (1995)

Also, Happy Birthday to Brian Wilson, who turns 77 today. As the multi-talented leader of the Beach Boys, he co-wrote over 25 top forty hits and by 1967 had become an influence on The Beatles and others, particularly with the album, Pet Sounds. His unique approaches to song composition, arrangement, and recording are why that album is ranked #2 on the Top 500 Greatest Albums of All Time, according to industry leaders who created the list for Rolling Stone. (1942) 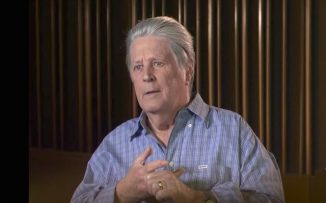 Wilson was one of the most famous examples of the outsider musician. The first to use a studio as his own instrument, at 21-years-old he received the freedom to produce his own records with total creative autonomy. With his technical genius, he ignited an explosion of like-minded producers who created the “California Sound”, and supplanted New York as the center of record producing.

In 2016, he penned an autobiography called “I am Brian Wilson”, that reveals how he felt about psychedelic drugs, which he believes led to a mental breakdown, and the woman who saved him—now his wife of over 20 years. The story was also dramatized in the 2015 film, Love and Mercy, starring John Cusack. 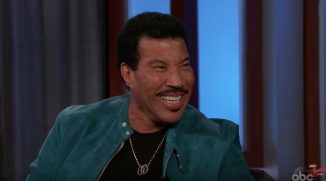 Happy 71st Birthday to singer, songwriter, actor, and record producer Lionel Richie. After deciding on a music career instead of the priesthood, Richie sang and played saxophone for The Commodores in the 1980s, on blockbuster hits like Brick House, Easy, and Three Times a Lady. His 1982 debut solo album, Lionel Richie, contained the Grammy winning No.1 song Truly, and the top 5 hits You Are and My Love. He also co-wrote the 1985 charity single We Are the World with Michael Jackson. Say You, Say Me, featured in the film White Nights, won Ritchie the Academy Award for Best Original Song—and with over 90 million records sold worldwide, he’s one of the world’s best-selling artists of all time.

The R&B Legend, who is currently on a 33-date North America tour, played an amphitheater near Chicago this week and his high school class from the city’s south side showed up to celebrate his big birthday. Also in the audience was the Worldwide Lionel Richie Fan Club who joined him to “party, fiesta, forever—All Night Long.” (1949)