Happy Birthday to Pete Townshend who turns 75 today. The English musician, singer-songwriter and co-founder of The Who. Born in London to musician parents, he taught himself how to play guitar and never learned to read music. Yet, he became one of the most influential guitar players and rock composers in the world, with song like Behind Blue Eyes, Magic Bus, Love Reign O’er Me, Pinball Wizard , Can You See The Real Me, Let My Love Open The Door, See Me Feel Me, Save It For Later, and Baba O’Riley (Teenage Wasteland)—including 12 studio albums for The Who. (1945)

And on this day in 1999, Star Wars: Episode I: The Phantom Menace was released in the U.S. The first of the Star Wars prequels, the film marked the directorial return of George Lucas (who also wrote its screenplay) after a 22-year hiatus since the first Star Wars of 1977. 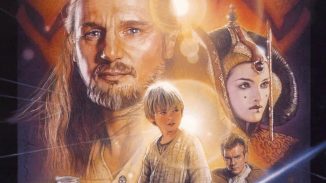 The Phantom Menace stars Liam Neeson, Ewan McGregor, Natalie Portman, and Jake Lloyd as a 9-year-old Anakin Skywalker (who would become Darth Vader). The movie takes place 32 years before the original film, and follows Jedi Knight Qui-Gon Jinn and his apprentice Obi-Wan Kenobi as they protect Queen Amidala in hopes of securing a peaceful end to a interplanetary trade dispute while simultaneously contending with the mysterious return of the Sith Lords.

Although the film’s visual effects were widely praised, it got mixed reviews especially regarding the dialogue, plot, and the addition of Jar-jar Binks “a comic relief character who’s frankly not funny,” according to the L.A. Times. The entire Star Wars saga (three prequels and three sequels) came to a final climax in December, 2019 with the release of the ninth film, Star Wars: The Rise of Skywalker.

Also on this day in 1978, Dire Straits released ‘Sultans Of Swing’, their first single from the debut album. With a budget of only $150, the song was first recorded months earlier as a demo in North London. Written by singer-guitarist Mark Knopfler about a musician who doesn’t mind if he “doesn’t make the scene—he’s got a daytime job and he’s doing alright,” the catchy hook rose to No. 4 on the Billboard chart. Mark’s guitar solo went down in history as No. 22 on Guitar World‘s list of greatest solos.

And, on this day in 1967, The Beatles held a press party at the London home of their manager Brian Epstein to launch the Sgt. Pepper’s album. They hired Linda Eastman to be the press photographer, a woman who, four years later, became the beloved wife of Paul McCartney for 27 years–until her death from cancer at age 56. She had been a professional photographer focused on celebrities, and was often published in music industry magazines. Her book, Linda McCartney’s Sixties: Portrait of an Era, features the best of her work.