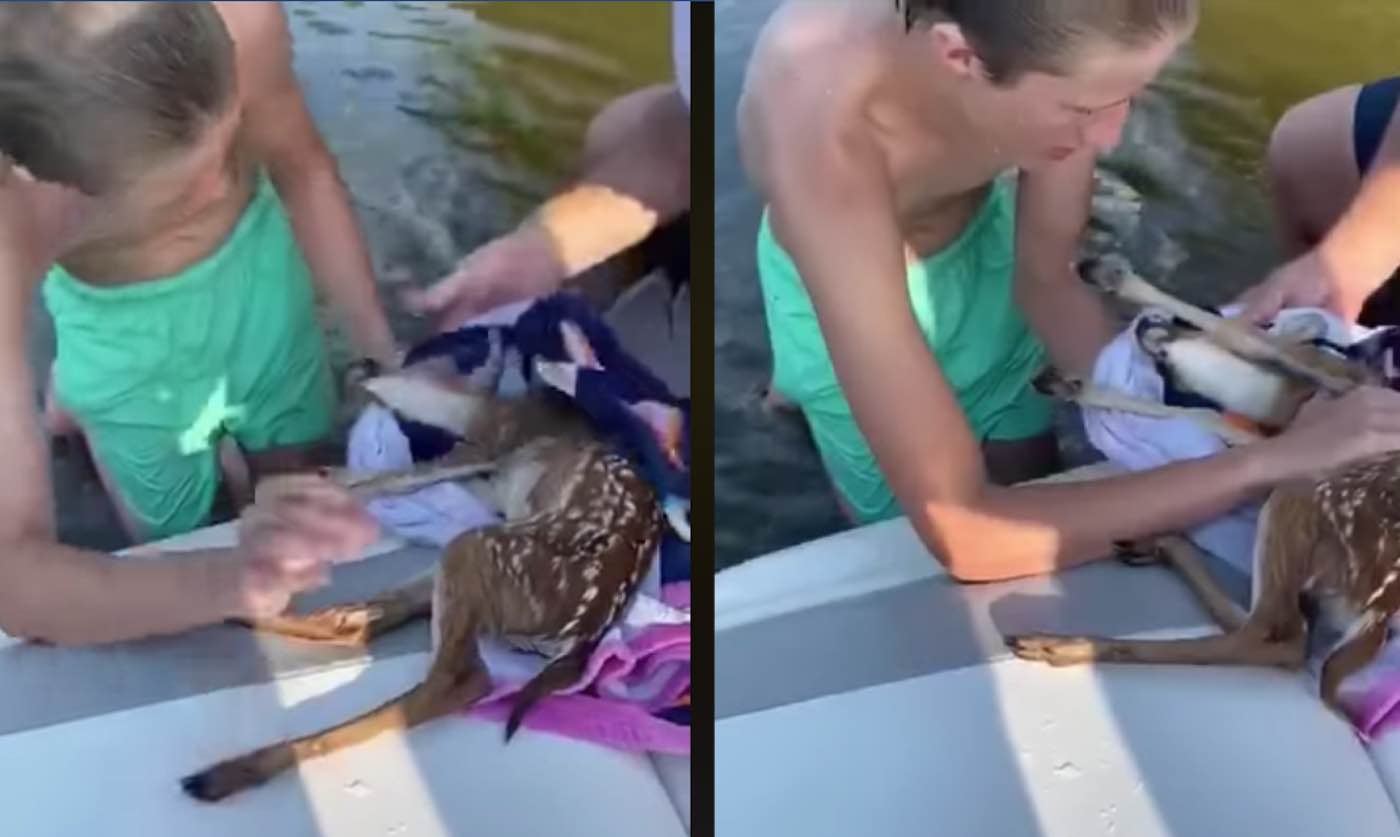 These Good Samaritans are being hailed as heroes after they used CPR to save the life of a baby deer they found drifting in a Texas lake last week.

Brian Ballard and his wife Liz had been out boating on Lake Tyler when then they saw something floating in the water. Although they initially suspected it to be a dead fish, they were shocked to find that it was actually a fawn.

As the Ballards stopped their boat and pulled the lifeless critter onto the deck, a young man named Ashton Byrd noticed the commotion from his own boat and decided to investigate. Upon discovering that the Ballards had rescued the baby deer from the water, Byrd jumped into action.

“It [seemed] dead, but it had life in its eyes,” Byrd told KETK. “So I killed the boat and took off my shirt and jumped over to their boat.”

Byrd and Ballard then took turns administering CPR to the fawn for several minutes until finally, it regained its breath and shakily stood to its feet. After successfully reviving the deer, Byrd brought it to a wildlife rehabilitation clinic for treatment.

Since Mrs. Ballard uploaded a video of the heroic rescue to Facebook last week, it has racked up more than 90,000 views from social media users praising the group for their heroism.

Not only that, the wildlife specialists say that the deer is making a speedy recovery and getting stronger with every passing day—and it’s all thanks to Byrd and Ballard’s life-saving actions.