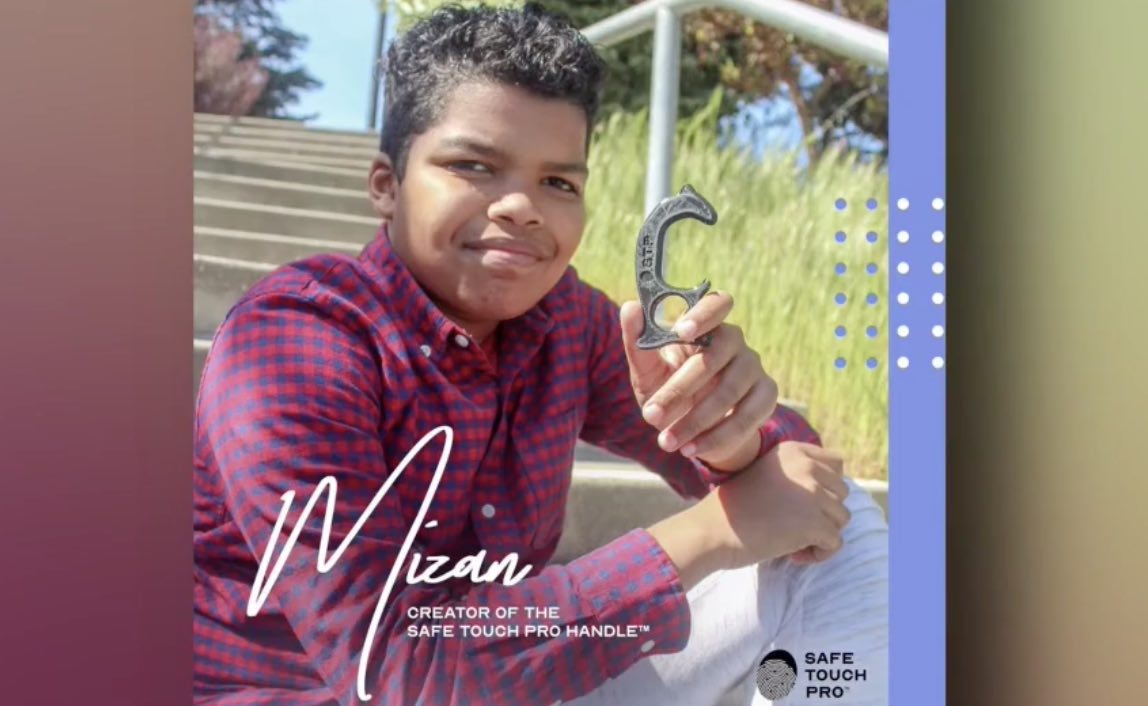 It didn’t take long for this San Francisco 12-year-old to invent his own solution for the problem of avoiding germs in public during the pandemic, which hit the city hard in early April.

Mizan Rupan-Tompkins saw his parents fumbling with their sleeves whenever they wanted to open a door, so he designed a hook-like tool and perfected the prototype on his 3D printer.

Called the Safe Touch Pro, it also has the ability to punch numbers on keypads, for whenever you are at the ATM, cash register, or gas stations.

“I really made it for my parents and now it’s helping everyone,” Mizan told KTVU News in San Francisco.

He’s not the first to dream up such a device, but he did his market research, and provided an upgrade: he makes his tool from plant-based plastic that is germ resistant.

“I wanted to make sure it was good for the environment—and the virus can’t survive on it,” he explained.

He was already an inventor of sorts, having built a computer and his own Alexa from scratch, along with an age-guessing robot that “can guess age, gender and emotions in seconds”.

He is now selling hundreds of the Safe Touch Pro on his website, with dozens of new orders daily at $14.99 each.

Home-schooled for the past 3 years, with an eye toward a career in aviation, aeronautical design, or technology, this inventive boy is bound to reach the sky.

SHARE the Prevention Tool With Your Friends on Social Media…