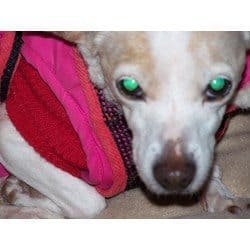 PJ came part of our lives after loosing my sister to cancer. She died on January 17, 2007. She was sonly 51 year’s of age and a wife and a mother of seven, five boys and two girl with the youngest being only 11 year’s of age of the time of her passing. During her hospital stay, she was hooked up to life support. When I received the news that sis was taken to the hospital by ambulance I didn’t realize just how bad she was until I arrived to the hospital they taken her. When I received the phone call from the younger sibling, the sound of her voice it didn’t seem life threatened and she didn’t share any information for she didn’t know either. Anyways, the hospital where she was admitted was a two hour drive or more from our home. I couldn’t get there fast enough to be filled in what is going on. Finally, we arrived at the hospital, it had taken us a good forty-five minutes to find a parking space. We found one in the hospital parking garage. When mu husband and I walked into the hospital we were directed to the patience’s information desk. The receptionist gave us the information of what floor my sister was on and what elevator to take up to her floor. Now, I am not fond of elevator’s or were we very fond of this hospital. We were aware of the hospital and knew a lot about the hospital for it was the same hospital my father passed away at the same location. Hospital staff is not good,their hospitality is not all that either. As for the doctor’s and nurses that I have met, didn’t care for them either. Their attitudes and personalties were not great for the doctor’s and nurses professional skills were very disturbing and discouraging to our family and the care of my sister. My opinion, I would not take my dog there. As for the doctor’s and nurses ethical code they take while going through school to get their medical licenses, well they seem they flew right out the window.
In my definition of a life: a life is a life, no matter what the person situation is. Rather they are poor, disable, mental illness, or have a past. All humans are born and created by the Master’s plan. For another human being to mistreat another human being, is cruelty, mean, disrespectful to another human being rights. I don’t care if your doctor, a lawyer, a nurse, or in any other professional or any unprofessional job. Still we are all living creatures created by God. Remember, the bible does say, and is written in the scriptures: Unprofessional is Mine saith the Lord! After my sister passed away from loosing her battle to cancer, it hit me hard. The grieving of the loss of my sister was over whelming. I stop eating, my concentration was not clear, and I just cried so many years. I miss my sister so much that I could not function to do my every day life activities. I was attending college at the time of her death. She died two months before my graduation. My grades were also effected by her death. My grades dropped. Husband and I and the youngest sibling arranged to have a memorial service for my sister. On January 27,2007 at 5:30 Pm. I was asked to sing a few songs which I sang along with my younger sister and nephew. Most part the family showed up to pay their respects. Not one of my sister’s children were presented. A week her Memorial service, a knock came to the door of our home. I go to answer the door and standing outside was a young man in his twenties maybe or a bit older, in his hands he had a hold of leash with a beautiful golden retriever/mix. He shared the story with me, the reason he had to find a home for this beautiful dog. His parents would not allow him to keep the dog and he rescued the golden retriever from his previous owner because they were going to shoot him. He was only two year’s of age.
The photo above is another dog we rescue from a bad situation. During my sister’s Memorial service the pastor who conducted the service as if the family had any last words to say. I stood up: I made promise to my sister that the next rescue came through the doors of our home-I promised my sister to name the rescue PJ. Why you asked? Our last memory together before my sister lost her battle to cancer: she asked me to bring her a bottle of pickle juice over to her house. I did, before long after that she was admitted in the hospital and a few months later, God called her home. It was the last memory we had together. That is how PJ got his name and became part of our lives. He was sent from heaven I tell everybody. God send me a friend when I needed a friend at the lowest time of my life. He was the most loving, compassion, and well discipline manner Golden retriever. He was part of our lives for two year’s and finally he was adopted to his forever family of his own. My husband and I were animal foster parents. So we knew PJ was only gone to be with us for a short period of time. He could not came in my life at a better time. Butter cup; is our last rescue for we had to give up helping animals because my husband than came down ill and lost his job and we lost our home. We pray one day we will be able to help animals again. Animals keeps on loving no matter how they are treated.