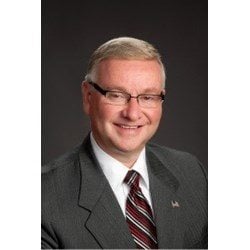 We are in the heat of election season right now. The presidential race remains tight and hotly contested, as do many congressional races across the country. At this point, politicians are in full blown â€œcampaign modeâ€â€”meaning that they are loath to say anything that could dissuade a voter from supporting them. For this reason, youâ€™re more likely to see pigs fly than to see a candidate talk about a massive tax hike for the American people. But just because they donâ€™t want to talk about it doesnâ€™t mean that it wonâ€™t happen. For a possible clue as to our future tax policy, take a look at recent developments in France. The Associated Press reports:

The French government presented a budget Friday that was heavy on taxes â€” including a controversial 75 percent income rate on high earners â€” but which critics said lacked fundamental reforms that could jumpstart economic growth.

President Francois Hollande’s cabinet defended the spending plan for next year, calling it a “fighting budget” that would win the “battle” against joblessness and help growth.

Like many European countries, France must tread a fine line between cutting the debts that dragged them into the current financial crisis and investing in the economy to spur growth.

The French economy, the second largest among the 17 countries that use the euro, has not grown for three straight quarters, the national statistics agency confirmed Friday. Its gross domestic product stands at â‚¬1.8 trillion ($2.2 trillion). Unemployment has been on the rise for more than a year and stands at 10.2 percent.

Economists warn, however, that things could get much worse in France if it doesn’t get serious about slashing state spending and reforming stringent labor laws.

Because Hollande promised that he would slash the country’s deficit to 3 percent of its GDP next year â€” a limit required by European rules â€” the government must find â‚¬30 billion in savings. One-third will come from spending cuts. The rest will come from new or higher taxes on the wealthy and big companies, including a new 75 percent tax on earned income that exceeds â‚¬1 million.

The factors that lead the French government to massively raise taxes are similar to what we face hereâ€”soaring budget deficits, chronic unemployment, and falling government revenue. In January of 2013, when a new President and Congress have been elected, how will they confront these challenges here at home? There is no question that our deficit needs to be reducedâ€”and considering that neither party has been able to reduce spending over the last decade, despite the rhetoric, the only option would appear to be a revenue increase. And that meansâ€¦ tax hikes.

How would tax increases impact your portfolio? Are you prepared in the event of significant changes to tax policy? What about the threat of inflation? These are all serious factors which must be considered by every investorâ€”if youâ€™d like to learn more, please contact me today!

The information in this article is not intended to be tax or legal advice, and it may not be relied on for the purpose of avoiding any federal tax penalties. You are encouraged to seek tax or legal advice from an independent professional advisor. The content is derived from sources believed to be accurate. Neither the information presented nor any opinion expressed constitutes a solicitation for the purchase or sale of any security. This material was written and prepared by CelebritySitesâ„¢.