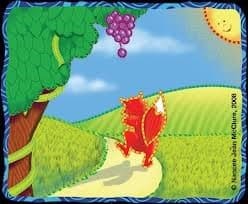 There. I said it. Talk about the topic of discussion that is debated on a daily basis. You’ve got plenty of women out there who have raised sons who are just wonderful men. But, for all of them, I’d bet that there was some man in that lad’s life, whether it was a new boyfriend, an uncle, cousin, coach, or neighbor. And, you can best believe, if the kid turned out to be a good one, 9 times out of 10, there was at least one significant male figure in his young life. So when I hear a woman say that ( and I’ve heard it too many times to count ), I just cringe. What has usually happened is that the child’s mother isn’t with the father any more, and she more than likely isn’t being hospitable with him being in his son’s life, or, he deserted the two of them, which does happen, just not as often, I think. That makes for a very stormy relationship, if you can call it that. And the worse thing that the mother can do is constantly bash the kid’s father, for whatever reason. It definitely affects the son, most times in a detrimental manner. But, like it or not, if, or should I say when her son gets old enough to judge for himself, he will make up his own mind about what’s what. And, if the father is around, his son will gravitate towards him, quite naturally I might add. And that’s even if the father occasionally treats him in a less-than-nice manner. Fruit don’t fall too far from the tree. The son will pick up dad’s habits and behaviors, because that’s who he will be emulating. Girls watch their mothers. That’s how they learn to be women. Boys watch the strong ( not always but mostly ) men in their mom’s world. So, you may not need a man in your life to help raise your son, but your son definitely needs a man in his to show him how to pee standing up. That’s just my thoughts.