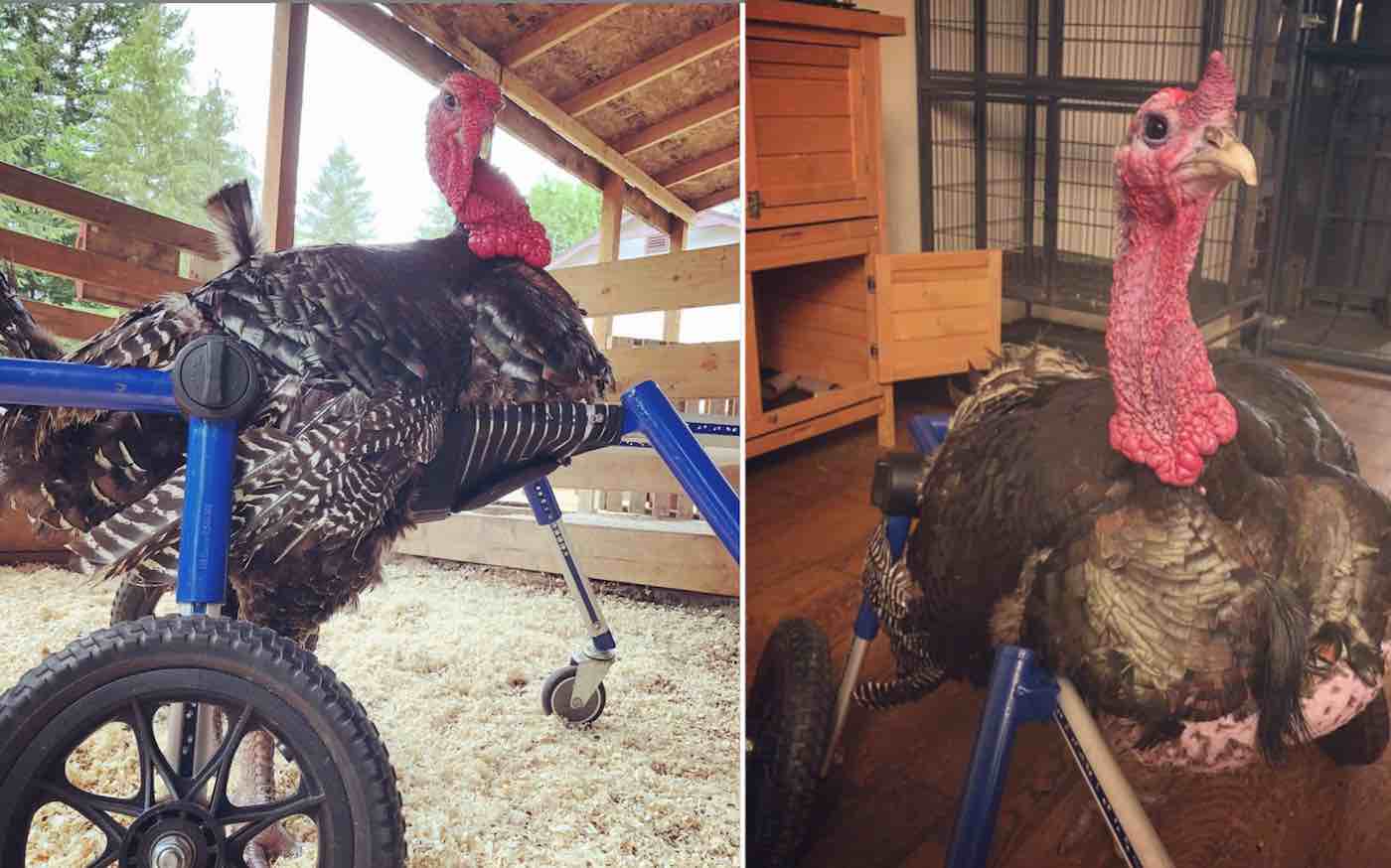 This 60-pound bird has been given a second lease on life after his caretakers came up with an innovative solution for putting him on the road to recovery.

Bill the turkey is just one of the many residents at the Odd Man Inn animal rescue in Washougal, Washington, which is home to a number of goats, pigs, rabbits, and chickens.

After Bill was admitted to the nonprofit sanctuary from a feed farm, an infected cut on his right leg left him unable to walk without causing further injury to his foot. Although his caretakers managed to get his foot taken care of by a veterinarian, they quickly realized how difficult it was to flip the turkey over to change his bandages.

Not only that, the veterinarian said the turkey would need to lose weight if he ever wanted to walk on his right leg again.

Rather than give up on their feathered friend’s health, the Odd Man rescuers modified a Walkin’ Wheels canine wheelchair to fit Bill’s paunch.

The farmers fitted the wheelchair with a sling made out of a maternity girdle to support Bill’s weight while he gets his daily exercise. This has also allowed his caretakers to change his bandages without breaking a sweat.

Since Bill began using the wheelchair for his daily physical therapy sessions last week, he has slowly but steadily regained his ability to walk unassisted—and his rescuers are thrilled.

“Bill loves it!” wrote the Walkin’ Wheels Instagram page. “He uses his wheelchair several times a day and his caregivers say he’s totally relaxed and building enough strength that he’s even able to get around on his own a bit!”

Although the contraption is being hailed as the first turkey wheelchair, it is not the first wheelchair for animals. Over the course of the last few years, this lame tortoise made national headlines after being fitted with a LEGO scooter; this devoted pet owner managed to save his goldfish with a makeshift life jacket; and this Romanian animal shelter has been making wheelchairs for paraplegic dogs.

(WATCH the sweet footage of Bill in the video below)