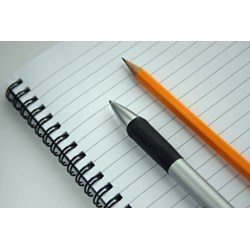 Intenet phoenomonons and how they became

The Internet Day Phenomenon started when the web became widely used as a social platform,
enabling people to communicate via the web. In 1998 the first internet chat room came online,
allowing people to â€œtalkâ€ online, this was called (internet relay chat). It allowed people to socialize and
soon after certain days or events became a popular phenomenon. Internet days, much like national
holidays are specifically geared towards the net and computer fanatics or (Internet Geeks). Some of
these days are pretty outlandish but nevertheless have a following of people across the world. Special
days such as â€˜Star Wars Dayâ€™ celebrates the Star Wars Movie trilogy which became a huge success in
1977. Star Wars Day itself came into play before the internet became popular. On May 4th 1979
Margaret Thatcher became the first female prime minister of Britain prompting the local newspaper to
quote â€œMay the Forth Be With Youâ€. Since this date Star Wars Day is worldly recognized on the internet
on May 4th celebrating the Star Wars trilogy.

Like most fads or folklore, the Internet Day creation was bound to become a worldwide
phenomenon. Other phenomena spread via the internet are chain letters which although not
designated as an â€œinternet Dayâ€ are sent through emails. Hoaxes such as the â€œNeiman Marcus
Cookie recipeâ€ which originated in the early 1990â€™s was a chain letter sent via internet. In this letter the
sender claimed to have been ripped off for $200.00 from Neiman Marcus and was now sending out the
recipe for free. While these types of hoaxes are not considered an internet day, they are
still regarded as internet phenomenonâ€™s. As time goes by there are sure to become more and more days
out of the Year which hold a special meaning for internet enthusiast. These phenomena are an
interesting look at what happens when you allow worldwide communication through satellites and
technology. Who knows what will be the next Internet Day but itâ€™s bound to come along soon!