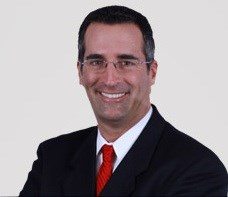 Nobody wants to get involved with the IRS. But despite the reputation of the IRS as an aggressive, unpleasant bureaucracy, most Americans consider the agency a â€œnecessary evilâ€ that is simply part of life in this great country.

Thatâ€™s why reports such as we are going to share below have been raising eyebrowsâ€”because many Americans living abroad are reportedly planning to renounce their citizenship thanks to IRS aggression. As the Huffington Post reports:

In 2005, Richard Morrison made a major life change. He moved from the sunny climate of San Diego to the chillier environs of London. It was a good move for his career and allowed him to climb the corporate ladder to where he is today, a legal counsel for an energy investment firm.

But now he’s ready to make another life change: Morrison plans to ditch his American passport and become a British citizen. It’s not because Morrison, 37, loves the London fog, but because his Yankee credentials will soon bring the Internal Revenue Service’s gaze where it’s unwanted: his workplace.

Under a new rule that is part of the Foreign Account Tax Compliance Act, or FATCA, all foreign financial institutions must report any accounts that have an American co-signer. Information required includes accounts used for personal and business reasons, and banks will face a hefty fine if they don’t comply. American citizens abroad will also now be required to disclose certain types of assets.

In an email to The Huffington Post, Morrison said he fears the new regulations will make him appear as a liability to his employer, hindering a hoped-for move the partner level at his firm. â€œIf I am a signatory, all the firms’ accounts will be monitored by Uncle Sam,â€ he said. While it’s not Morrison’s employer that is required to report to the IRS, but rather the bank that holds the firm’s accounts, Morrison said he is taking no chances.

The rule change followed legislation made in the wake of the financial crisis that was meant to help the U.S. government close the tax gap and combat tax evasion. But the FATCA rule change is shaping up to be an administrative and diplomatic nightmare for some foreign banks. For expats, it is complicating life overseas, curtailing opportunities in everything from jobs to getting bank accounts — and, of course, potentially raising their tax burden.

Renouncing your citizenship may sound extremeâ€”but stories like this make it easy to understand why Americans living abroad may consider it.

The real point of this story is that the IRS is growing out of control. They will stop at nothing to gather information (not to mention money!) from taxpayers, regardless of the complexity their efforts create. And this is true whether you live overseas or right here in Texas. While most Americans wonâ€™t find themselves contemplating whether or not to renounce their citizenship, IRS aggression takes a heavy toll on millions of Americans each and every year. If youâ€™re currently engaged in a dispute with the IRS and need help getting the agency off your back, we can help. Get in touch with us today!