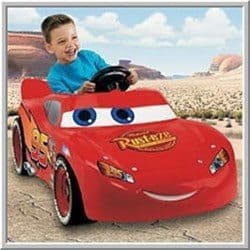 You’ll never go wrong if you pick Lightning McQueen ride on car as a gift for your kid so the little one can bring the fun of the Car 3 movie to life with this kind of ride-on toy that features bold lightning graphics and rev up the real race car appearance.

Basically, the Lightning McQueen ride on car models can be separated into 2 groups: foot-to-floor ride on and the power wheels.

The foot-to-floor ride-on toys are great to encourage toddlers’ gross motor skill development. On the other hand, the power wheels one could let children enjoy racing by simply pressing a button.

Get ready to listen to “vroom vroom” from a little racer at home? Jump to the category you prefer or browse from here until the end. 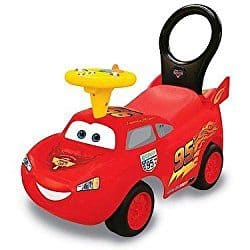 Disney Pixar Cars Lightning McQueen Activity RacerLittle Tikes Lightning McQueen CarIf you are looking for cars for kids to ride that could last for years, this classic foot-to-floor ride-on toy that featuring Lightning McQueen’s body styling and decals definitely the smart choice.The manufacturer claimed that this ride-on car is suited for kids aged between 18 months ~ 6 years. So, if your kid is 36 months, this ride-on toy could let your little one enjoy riding fun for at least 3 years.The speed of the foot-to-floor ride-on car is fully controlled by kids. Its castor wheels allow steering response to little racers movements in any direction: move left move right and move forward move backward. #CommissionsEarned

At one glance, both models come with similar designs. But, there are slightly different in terms of highlight features.The one on the left side features an animated talking screen that can be turned to a great educational toy to teach little one letters and numbers. Better still, small kids are enjoying listen to McQueen talks and play exiting music plus realistic engine sound when they press on those colorful buttons. It is an ideal pick for small kids age between 1 to 3 years old.The right side model also features a revving engine and horn sounds plus cool lights that suit toddlers over 3 years old that ready to take on the track. This Lightning McQueen ride on car relives the magic of the Cars 2 character itself with fantastic built-in such as signal lights flash, getting pumped for the race as well as the brakes squeal.You may consider this item as a Christmas toy for your little one to ride around the living room. 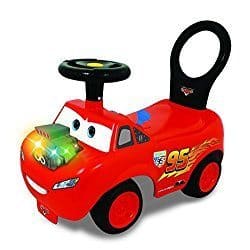 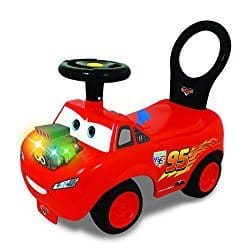 4-in-1 Lightning McQueen Ride On Toy 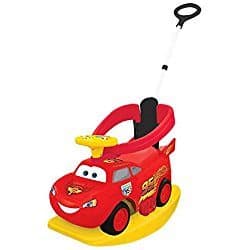 Disney CARS McQueen 4 in 1 Ride On – RedAs a parent, we always aim to give our kids the best one. It is the same when come to pick a ride-on toy. We always look for the one which carries more features and functions. This 4-In-1 model is the best choice for little McQueen fans.It could be a rocker, a push along toy, and then a ride on. Next, remove the rocking base to transform to floor ride on car. Better still, it plays exciting music and features a revving engine and horn sound. The manufacturer recommended age is 12 months ~ 3 years. #CommissionsEarned 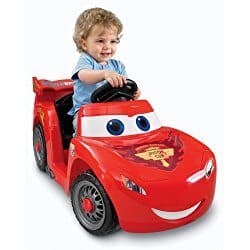 Power Wheels Disney/Pixar Cars 2 Lil’ Lightning McQueen (Hudson Hornet Piston Cup)Yes, this is a model specially designed for toddlers age in between 12 ~ 36 months that comes with a wide door opening for it is easy for toddlers in and out. The little racer just needs to press a button for riding with 2 mph max either on hard surfaces or grass.If you look at the above video, you probably might notice that the toddler is trying to press the button on steering. There are 3 sound models from the Cars 2 movie that you could choose English or Spanish phrases together with racecar sounds; or only racecar sounds. The package comes with a 6-volt battery and charger. #CommissionsEarned

The model on the left side is the top 10 electric vehicles in Amazon’s bestseller list when I sourcing information about rode-on toys. Basically, both models come with the same features just that the left side one is the Cars 2 version. The difference is design graphics on sticker and spoiler colors as well as the price. There is no obligation to buy, but you can click on the button to check the price for both models before you made the decision.As they are designed for kids, its speed is up to 3.5 mph max for both other forward and reverse. Both of them are made by a sturdy frame that offers durability. The interior of power wheels rides on car features smooth contours and rounded edges to protect against scratches when in a race for added safety.Similarly, they come with 3 sound modes to bring Lightning McQueen to life. Kids are allowed to choose movie phrases either in English or Spanish with racecar sounds by pressing the button on the steering wheels. It also can be driven on hard surfaces and grass. Along with the package, there are a 6-volt battery and charger. 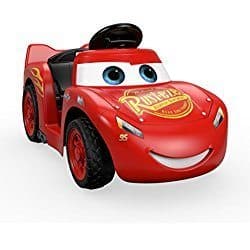 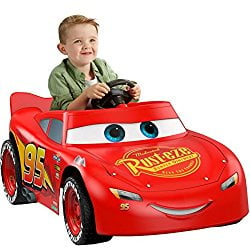 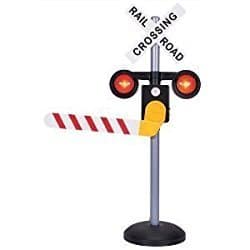 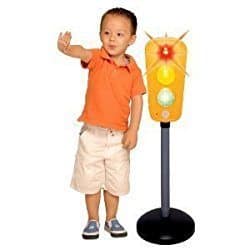 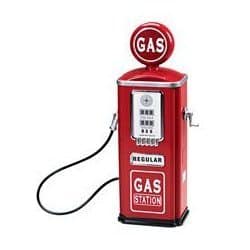 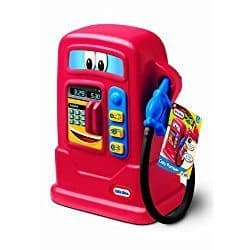