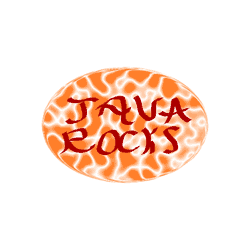 I also showed how to make a call to JAVA’s JFrame class that allowed you to create a window at a certain width and height in which you could draw your shapes.  So, when you use these two classes together you can draw primitive 2D shapes inside a computer window.  Now, I will show you how to use these classes to draw JPEG image.

In this article we will reuse the code that we created in the last article but instead of drawing shapes, I will show you how to draw a window and then load a JPEG image to render inside the window.

For this project and program, I am using the free IDE NETBEANS version 7.2.1.  I created a new project as a regular JAVA application and named the package “drawingcanvas,” plus, named the main class “DrawingCanvas.”  Again, this is the same setup that I used for the last article, I only am reusing the same template code that I created.

Now for the Code

The code I actually pretty simple and here it is:

//constructor…Does not do anything in this program

//Set up a function to draw the bitmap

// Sets up the drawing canvas

//Make Sure Program Ends when Window Exit Button is Clicked

First, you need to make a call to two imports, “java.awt and javax.swing.” I also used the .* extension which allows me to access all of the classes and functions for each.  However, we are only worried about JFrame and Canvas classes.

Next is the definition of the main class.  Like before, I used the “extends,” keyword which allows me access to Canvas’ paint function in which we do all of our drawings.  This also allows us to use the graphics “drawImage,” function to help render our JPEG image inside the window we will create.

Next, we have the constructor.  The constructor is optional and not needed for the program in this article, but I always like to add constructors to my classes in case I may need to initialize something later prior to the main function.

The next lines of code creates an overridden definition for the paint function.  This function will allows us to load the JPEG file and then draw it to the window we create later.  When you override a function you basically telling the compiler that you want to control what a function does instead having to rely on the generic definition.

Within this function, you will create a variable called image that will store the information for your JPEG image.  In this case, you are going to make a call to a basic toolkit for drawing.  Also notice that I decided to store the picture at my root drive c.  So, remember that for the picture to load into the window, you will have to pass the correct path to the JPEG file.

Next, you will make a call to the graphics drawImage function.  In this case, we take the information stored into the variable img1 and pass that to this function.  We also pass where to start the drawing inside the window, in this case, we want to start drawing the picture at coordinates 0,0 which is the upper left corner of the window.  Finally, the this keyword just tells the program to draw the picture in the present created window.

So, now you know how to draw JPEG image to a window programtically using JAVA.  This is a good way to draw a quick background image to your programs.  Also, you can load bitmap and PNG files as well……HAPPY CODING!!!!!